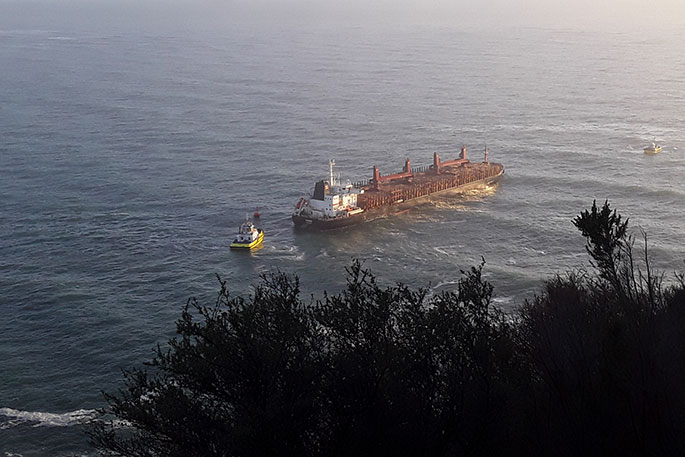 Maritime NZ has filed one charge each against the master and chief engineer of the log carrier Funing, which grounded near the Tauranga Harbour entrance on July 6, 2020.

Maritime NZ’s investigation is continuing and no decision has yet been made about further charges or other action against other parties, says a Maritime NZ spokesperson.

The Transport Accident Investigation Commission is also investigating the grounding.

The accused made their first appearance in Tauranga Court on Thursday, August 27.

“At this point, the case is due back in court on September 10 at 10am for pleas to be entered, however, these times/dates may change. Maritime NZ cannot comment further while the matter is before the court.”

Work has commenced on the departure of the Funing and the tow vessel is scheduled to arrive today.

“Work is being carried out on the vessel’s damaged rudder in preparation for the tow to a shipyard in Asia, where permanent repairs will be carried out.

“Departure is planned for later in the week. The reason that the vessel is being towed to the overseas shipyard is that the rudder cannot be moved to steer the ship under its own power.

“Crew will be onboard the Funing for the duration of the tow, which is expected to take around 40 days.”