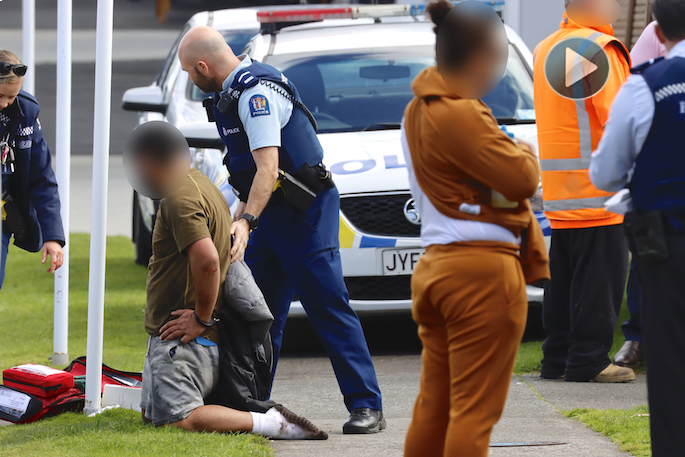 Tauranga police have responded to a disorder on 3rd Avenue this morning.

A police spokesperson says they received a report of a person being chased by two other people at about 11.10am.

One witness at the scene says more than ten police cars were parked-up outside Geneva Healthcare, with one man “swearing, screaming and shouting”.

The police spokesperson says at least one person has been taken into custody but charges have not been brought at this stage.

Many people from surrounding businesses were watching the commotion play out.

The witness also saw one dog handling unit present at the scene. 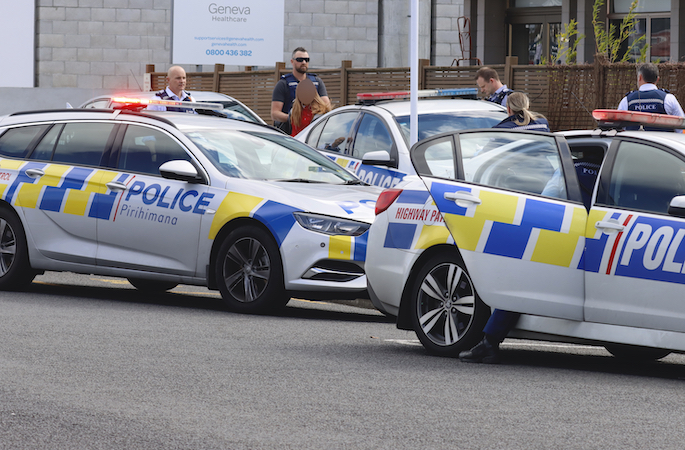 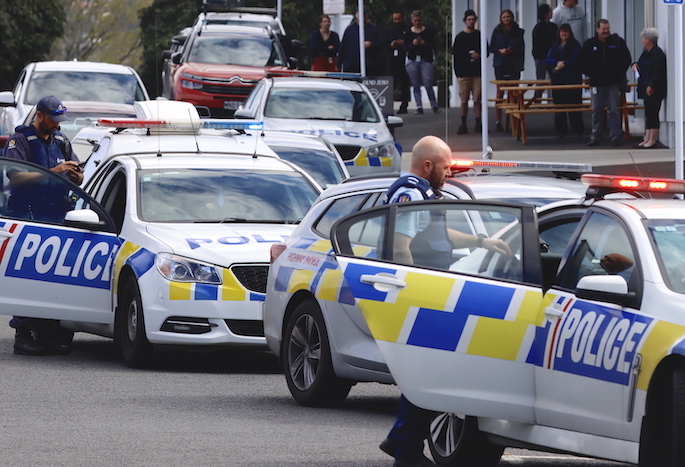