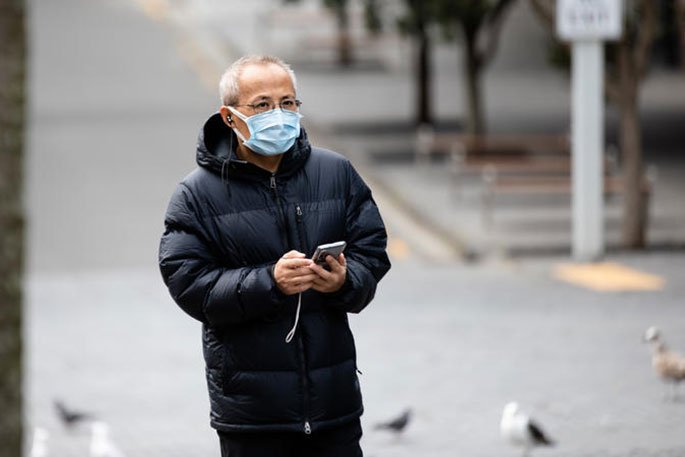 Aucklanders are waking up to life out of lockdown, with the city moving down alert levels at midnight.

But it isn't completely joining the rest of the country in level 2, instead moving to what Prime Minister Jacinda Ardern is calling "level 2.5".

Aucklanders still face greater restrictions, with gatherings capped at 10 people and authorised funerals and tangihanga at 50.

"I cannot stress how important this is. Much of this cluster has stemmed from social gatherings. If we want to stop the spread we have to stop socialising for a time," says Ardern.

From today, masks are mandatory on public transport and planes across the country for everyone over 12.

But Ardern is making an extra appeal to Aucklanders.

Ardern says these rules aren't just for the city of Auckland - and Aucklanders should stick to them even if they travel outside of the region.

"Please don't just pop into an aged care facility no matter where it is in the country. Please don't attend a mass gathering even if it's not in Auckland and if you are sick stay home, definitely don't travel."

"No Aucklander wants to be the person that spreads the virus to other places and that's why we've got to be a little bit more careful.

"We've got the right to travel, but let's make sure that we use that right responsibly and carefully."

Goff says he's "celebrating" the new freedoms Aucklanders have, and while businesses are eager to get to full level 2, a cautious approach was necessary.

"But really our ability to do that depends on all of us. Complacency is the real enemy and if people don't follow the rules and they take risks then that risks us going to a situation where the rules have got to be tightened," Goff said.

National deputy leader Gerry Brownlee says if the health advice recommended caution, then he supports that.

But Brownlee thinks expecting Aucklanders to adhere to these rules outside of Auckland is "unrealistic".

"If there's a gathering of 100 people in Christchurch for example and someone comes from Auckland are they really going to say 'look I better not go cos I'm from Auckland'? I just don't see how that works."

ACT leader David Seymour believes the government is just "making up the system" as it goes along.

"Nobody imagined when we had four distinct levels that there would be a level 2.5. I think if there was a need for such a level it should have been communicated and established in the 102 days of COVID freedom. That's the period the government had time to prepare for an outbreak like this."

Seymour says the government needs to be a lot more deliberate, clear and prepared.

But Ardern says this is the same as the "stepping down" phase the last time there was a move down from level 3.

She says level 2 is designed to handle stamping out a cluster like this one, but this graduated step was needed to ensure no region has to move back up alert levels.

Cabinet will review the country's settings again on Friday.

How are we monitoring whether people have washed their hands? Because that is still the biggest risk of spread.

You can’t have 2.5 for some but allow them to mix with the rest who are 2.0. That is just nonsense. Shambolic. Illogical. It is also illogical to say it is safe for Aucklanders to go to Queenstown, but not safe to go to the Cook Islands.