One arrested in Welcome Bay 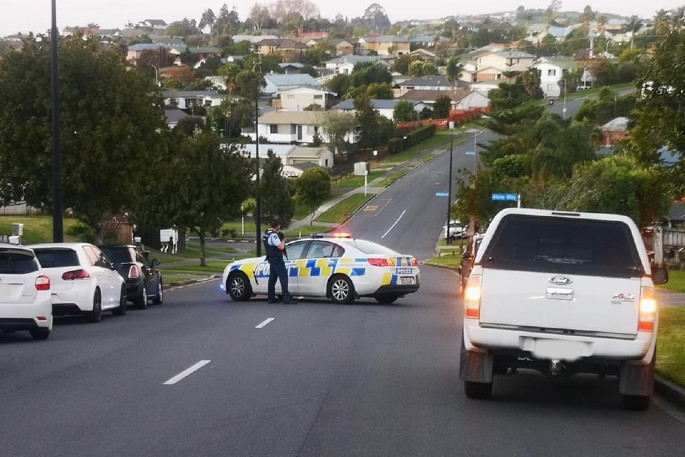 Osprey Dr was blocked off while Police arrested a man after reports of a firearm being discharged. Photos: Supplied

6.40pm Update: Police are responding to reports of a firearm that was discharged at an address in Welcome Bay earlier this evening.

One person has been arrested and is in Police custody.

"We are still speaking to those involved to establish the circumstances, however nobody was injured and there is no risk to the public," says a Police spokesperson.
"AOS did not respond, however Police were armed as a precaution." 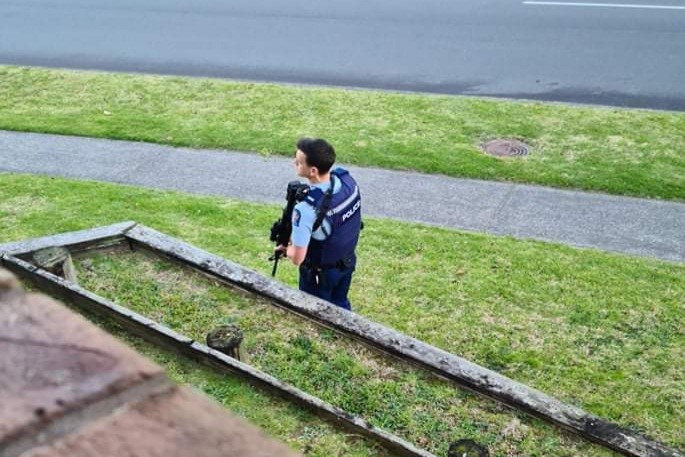 6.15pm Update: SunLive readers in Welcome Bay are reporting that they have seen a man being arrested by Police.

Armed Police were earlier reported arriving in Osprey Dr and blocking off the end of the street.

SunLive is waiting on further information from Police and will provide an update as soon as that is available. 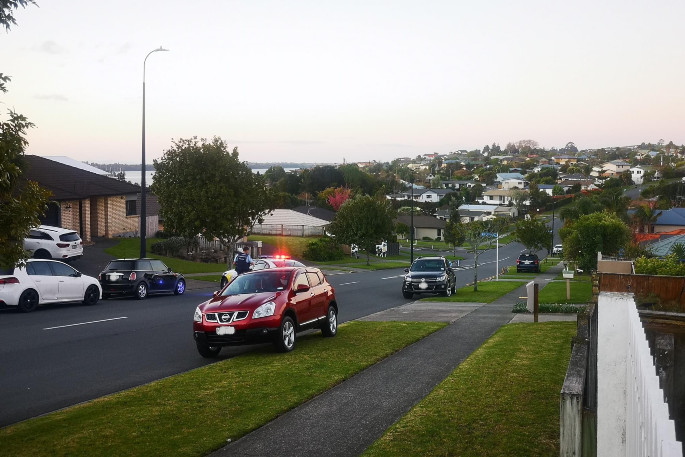 "Police have blocked off Osprey Drive," says a Welcome Bay resident. 'I don't know why but they are armed."

Many Police cars have been reported arriving in the area and Osprey Dr is reported to be blocked at one end.

At the scene? Phone 0800 SUNLIVE or email newsroom@thesun.co.nz
More on SunLive...
2 Comments
You must be logged in to make a comment. Login Now

Time to put an end to it

Its time to put an end to the endless crime and violence in Welcome Bay. The community HAS to get involved in this. Lets make it a better place to live. Stamp it out. Time to stop shrugging our shoulders and saying ’oh well, just another weekend/day in WB’

It always seems strange that Police are armed, wearing vests, taking all precautions but their head/neck/armpits have no protection whatsoever unless they are a member of the AOS. This article clearly shows in a picture an Officer unknowingly shot (fortunately) with a camera but it could have been very different since it was an armed Incident they were attending. Our Officers should at least be afforded the safety of a helmet for incidents such as these. If they’re going to risk their life then they should be looked after with good and applicable equipment. Surely a helmet would come under workplace health and safety.