Snow expected in the week ahead 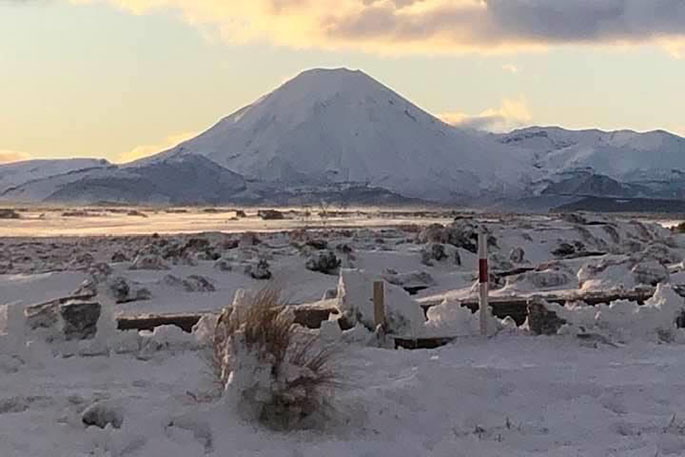 The MetService advises that an active front, preceded by strong northwesterlies is expected to move northeast over the South Island during Tuesday, then over the North Island on Wednesday.

“A strong cold southerly follows this front, with snow expected to affect higher roads about the South Island and the central North Island,” says a MetService spokesperson.

“The southerly eases over the South Island on Wednesday, then the North Island on Thursday, as a ridge of high pressure moves east over the country.

“Northwesterlies return to the South Island on Friday, with a front expected to reach the lower South Island late in the day.”

There is a low risk that rainfall accumulations will reach warning amounts about northern Westland, north of the Glaciers,  and Buller on Tuesday, but a moderate risk about Fiordland and southern Westland on Friday.

There is also a moderate confidence that northwest winds may approach severe gale about north Canterbury, Marlborough, Wellington and the Wairarapa on Tuesday.

Finally, there is a low risk of heavy snow about inland Otago and south Canterbury on Tuesday above 600 metres.