Will Auckland shift to Alert Level 2? 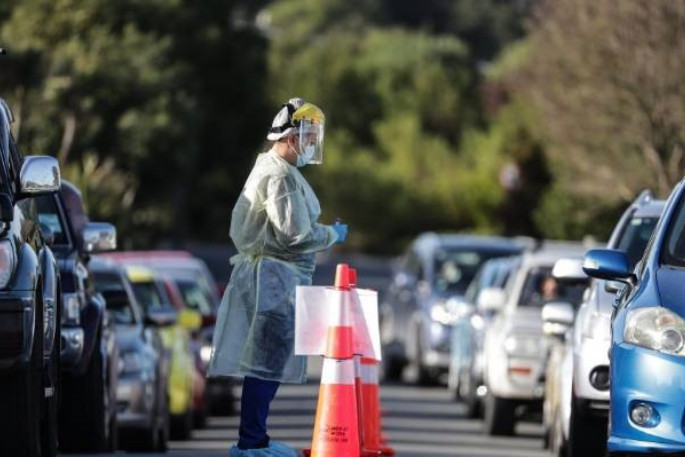 Scientists, using genome sequencing, have still not been able to figure out where the second wave of community-transmitted Covid-19 came from.

More than two weeks have passed since four members of a family in South Auckland tested positive for coronavirus on August 11.

Thirteen new coronavirus cases were confirmed on Saturday, ten of which were linked to that community cluster, one under investigation, and two from within managed isolation.

About 500 people gathered in Auckland on Saturday, most without masks, to protest the city’s level 3 lockdown. Police said they were taking an educational approach and would not punish people.

Prime Minister Jacinda Ardern is expected today to announce Auckland will join the rest of the country in alert level 2 - a drop from the far-stricter alert level 3 for the super city. But experts have warned the move carries risks.

The global number of confirmed cases is nearing 25 million, sitting at 24,819,388 on Sunday morning according to data from Johns Hopkins University.

The number of deaths worldwide is reported to be 838,901.

The United States leads the global tally, with more than 5.9m confirmed cases, and 182,364 deaths reported.

Brazil and India have surpassed 3.8m and 3.46m cases respectively.

For today, people in Auckland must work from home unless they are essential workers, and stay in their bubble.

The geographic boundary of the Auckland lockdown is the super city, with police operating roadblocks.

Under level 2 rules, there are restrictions on gatherings of more than ten people in Auckland, and masks will become mandatory on public transport, nationwide, at level 2 and above from Monday.
Auckland is undergoing a testing blitz. Follow this link for more information.

Quite amusing that you call yourself The Professor! You’re wrong in saying they know more than me. I too am an expert. My knowledge of economics and finance is way beyond theirs. So you fail to understand my point, that is that this is being completely driven by ‘health experts‘ and there is more to be considered. You are also wrong in saying it “is out of control” in the region. Even your health experts would say that. Drop the Professor tag.

There’s a reason why these people are called experts Slim Shady......because they know a lot more than you! Government will be making a huge mistake if they move Auckland down a level when COVID-19 is still out of control in the region. This is the day that the green button for the mayhem machine is pressed. NZ brace yourselves.....COVID-19 is really going to hurt this country now.

10 a penny experts all fighting to get on telly and tell the muppets in charge what to do. These scientists have total job security and do not care about jobs and the economy. Blinkered.