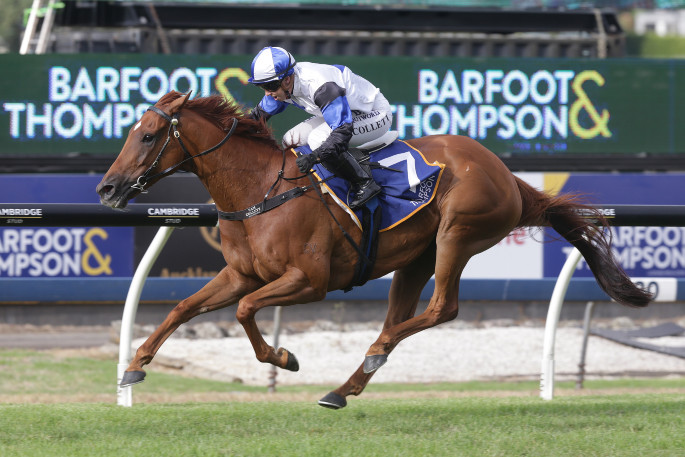 Auckland Cup Group one winner, Roger That will start his spring campaign on Saturday, on his home track at Tauranga.

The local trained stayer will not be entered in this year’s Melbourne Cup due to a logistical travel headache and uncertainty over the Covid 19 outbreak in Victoria.

After impressively winning the Auckland Cup over 3200 meters in March,  Roger That will commence his spring campaign over 1600 meters in the Zest Handicap, but trainer Antony Fuller admits it won’t be easy for the gelding, having to give his rivals at least 8kgs on what will be a heavy track.

Fuller admits it is disappointing that he won’t be able to have a shot at the Melbourne Cup and under normal conditions there is no doubt they would have been going but he will now have to take a patient approach with his stayer and wait another 12 months.

Another of Fullers horses, Windy Heights will run in the feature race, the Opal Kiwi Packaging Kiwifruit Cup and will be well backed after finishing runner up recently at Avondale. Two other local trainers, Wayne Carter, (Motuman) and Hilary Price (Red John) are also entered in the feature.

Five local horses are entered in Race 3, the Seeka 1200 maiden. Fullers Happy Ego, runner up two starts back, and was favourite last time out will again be heavily backed, but other local trainers Jim Pender with Sheeznoteasy and You Wish, along with Brian Mckeagg’s Ambitious Showgirl and Mac’s Express give the race a local flavour.

Pender also has stable star, and 4 start winner, Nasha Riva lined up in the Clark Mazy Bayleys 1300 after two second placings at recent trials. Peter Huxtables, Come Back Tiger and fullers Speechmaker are also entered in this race and to round the day off Pender has two runners, Falkirk Lass and Dude with Attitude in the final event, The Bulk Lines 1600.

Racing Gets underway at 12.45pm with the last race at 4.20pm, but the event will be raced under lockdown rules with no spectators, owners or sponsors.