Terrorist sentenced to life in jail without parole 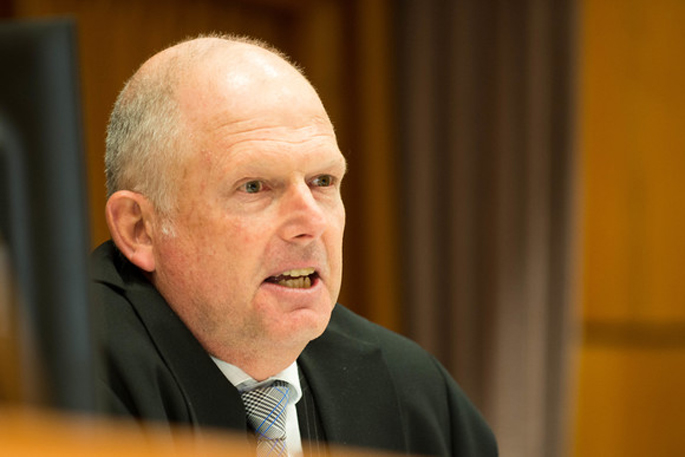 Justice Mander has presided over the four-day sentencing hearing for the mosque gunman. Photo: POOL.

The man who carried out the mosque attacks in Christchurch on 15 March 2019 has been sentenced to life in prison without the possibility of ever leaving jail.

Australian Brenton Tarrant, 29, has admitted 51 charges of murder, 40 of attempted murder and one charge of terrorism.

He has received the historic sentence in the High Court at Christchurch today. It marks the first time a convicted person has ever been imprisoned with no possibility of parole.

Many of the victims who have been delivering their harrowing statements in court this week urged the judge to impose the sentence.

The possibility of such a sentence was one of the many complexities facing Justice Mander, the Law Society said earlier this week. 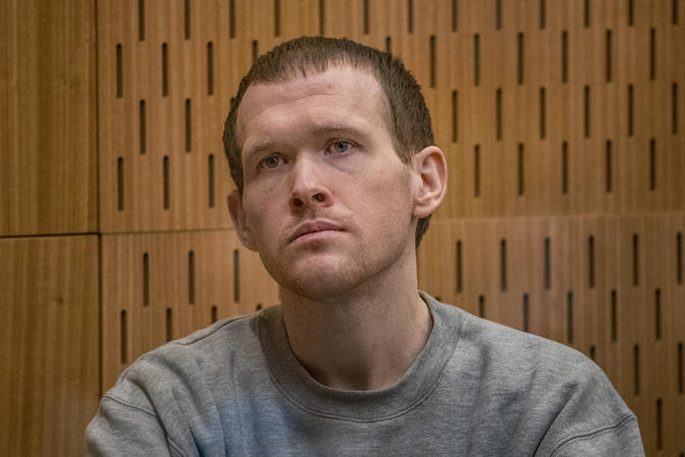 Brenton Tarrant has listened to three days of statements from those most directly impacted by his terrorist attacks. Photo: Stuff / Pool.

A steady stream of people started entering the High Court from the time the doors opened at 8am today.

White roses were handed out to the victims as they arrived in court. They were donated as a gesture of support from two women.

The last group of 93 victims read their impact statements yesterday afternoon - a marked increase on the 66 that were expected.

Community adviser and former Christchurch city councillor Raf Manji, who delivered some of the impact statements on behalf of the victims, says victims had been empowered by the way the hearing had been handled.

"In the end it has been a real healing process for a lot of people," says Raf.

The session today began with the Crown making its submissions before Pip Hall QC, who has been on standby, made submissions on behalf of Tarrant.

Late yesterday it emerged that Tarrant, who is representing himself, would not address the judge to offer any mitigating factors to explain the motivation behind his crimes.

Treating him like Hannibal Lecter and claiming it costs $5000 a day to watch him just massages his ego you fools.

our saddest day is now over and justice is being done in our eyes.Aussie sends Kiwi criminals back to NZ why is there a problem in sending Tarrant back to Aussie.In respect of this mass murder I feel for those who have not had the same hearing that has been victims of mass killing in the other side of the world by the same people we know.There are no heroes and this needs to be put behind us.No memorials.

You can only send free people packing, like Oz do. We must keep him. It’s New Zealand’s fault he chose to come here and take advantage of slack as rules, or lack of. Should serve as a permanent reminder of being slack. You cannot sweep that away. The “cost” figures being touted are nonsense. Political engineering again. How can it cost $300 a day per prisoner but for him it’s $5000 a day? Does he have a permanent babysitter? No. Is he being fed foie gras and caviar? No. Is he spending 23 hours a day locked in his cell on his lonesome? Yes. It is not costing $5000 a day. Rubbish.

How long before the deluded do-gooders start shouting that this is an inhumane sentence and demanding he gets parole? I also agree with the above comments that he should be sent back to Australia just like they return NZ criminals here.

to serve his life sentence in Australia. Why should we have to CONTINUE paying millions of dollars for his actions. This Aussie has already cost NZ more than enough. What a truly sad day for his Mum and Dad . . .

Excellent and the only option really. It’s unfortunate they don’t have the death penalty here in NZ - a slow painful lethal injection would be appropriate for this monster. I don’t believe this scumbag should be protected at an extortionate cost to the NZ taxpayer, so a standard cell in a standard prison will do - then good luck staying alive. Kia kaha Muslim community.

We should now demand that this disgusting animal be deported back to Australia provided they adhere to the sentence handed down by the judge. Why should we be saddled with the millions of dollars to keep him?