$5.6 million action-thriller coming to the BOP 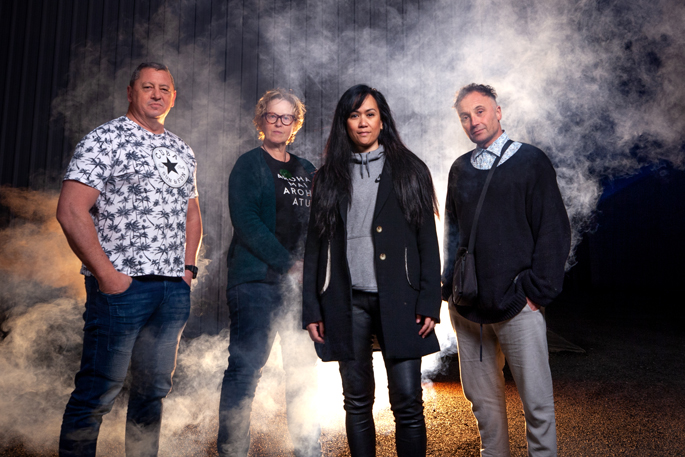 The producers of an upcoming action-thriller are working closely with Film Bay of Plenty to recruit local people for an 18-week apprenticeship on set.

NZ on Air have granted up to $5.6 million for the big-budget action-thriller which is set to start filming in Rotorua later this year in a move that will upskill local talent and spotlight the benefits of basing a production in the Bay of Plenty region.

‘Vegas’ is being produced by Auckland-based Greenstone TV Ltd, in collaboration with the Rotorua-based Steambox Film Collective and award-winning writer, Michael Te Arawa Bennett and his 10,000 Company. The project, for TVNZ2, is made possible with support from NZ on Air.

Set in an imaginary world that closely resembles Aotearoa in 2020, ‘Vegas’ is an action-thriller about a young, untested leader who wants to free his people from the curse of methamphetamine, but finds he can’t do it on his own. The story is based on the novel, ‘Inside the Black Horse’ by Ray Berard.

Greenstone TV CEO Rachel Antony says the six-part drama series, which plans to hire around 40 local crew and up to 100 extras, will inject several million dollars in to the local economy.

“The series has been in development for two years, and we are thrilled to be able to bring it to Rotorua, especially at a time when the city is feeling the economic impact of COVID-19,” says Rachel. “We’re also really grateful for the support from Film Bay of Plenty.”

Film Bay of Plenty connects national and international productions with local people, places and infrastructure. The Ministry of Social Development is working with Film Bay of Plenty to ensure the people working on Vegas have appropriate training before work commences.

The Rotorua Energy Charitable Trust which supports projects that make a real and positive difference to the community. ‘Vegas’ aligns with its priority areas of providing employment opportunities as well as supporting arts and culture, and $70,000 was granted to Film Bay of Plenty to help with the production.

Rachel says filming in Rotorua appealed for a number of reasons but that, “the opportunity to collaborate with the incredible, local team at Steambox really made the decision for us.”

With pre-production set to start next month and filming to run from October until Christmas, the producers of ‘Vegas’ are currently working closely with Film Bay of Plenty to recruit local people for an 18-week apprenticeship on set.

Greenstone TV is one of the largest independent producers of content in Australasia, and is behind long-running prime-time hits like ‘Motorway Patrol’ and ‘Dog Squad’; teen drama ‘The Cul de Sac’; and documentary series ‘Artefact’ with Dame Anne Salmond and ‘Decades In Colour’.

Producer and co-creator of Vegas, Harriet Crampton, says Greenstone could have made the decision to shoot in Auckland.

“But so many of our stories are told in our few cities, ignoring our spectacular landscapes and the exciting and specific input of people within smaller societies,” says Harriet.

“The screen industry is growing fast in New Zealand. It makes complete sense for our government funding agencies to provide employment opportunities and career paths for those outside the main centres. It's a fantastic, hard-working and multi-skilled industry, and many of our young tangata whenua have been missing out on getting involved in this growth because of lack of exposure to local opportunities.” 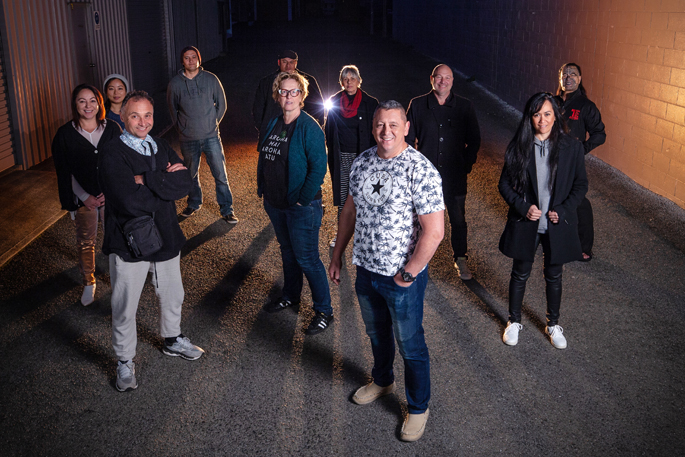 Lara Northcroft, Associate Producer of ‘Vegas’ and a Trustee of the Steambox Film Collective, says the successful candidates will take on assistant roles in everything from lighting, camera, sound and costume, to coordinating cast members.

The team is currently interviewing people with varying levels of experience, from school leavers with a drama background, to people looking to transition to a new career in the film industry, and those who have had entry-level positions and are looking to grow their experience.

Lara says a wide range of sectors will benefit from the series being filmed in Rotorua – from accommodation, to on-set food, beverage and technical suppliers, transport companies, education providers and the large number of people who will be recruited as extras.

“We are committing to developing talent and capacity across the Bay of Plenty region,” says Lara. “Hopefully this is the first of many productions to come here.”

“We hope those we train will go on to make the screen industry their profession, and the results will be evident in on-going local pathways for iwi kainga.” says Harriet.

The Steambox Film Collective is a group of Maori screen professionals based in Rotorua New Zealand, who are passionate about narrative filmmaking and also run the Rotorua Indigenous Film Festival (RIFF).

Vegas is fictional and set in a town that does not exist, but writer and executive producer Michael Te Arawa Bennett and the team of co-producers and storyliners from Steambox Film Collective have been working closely with iwi, hapu and other local authorities to ensure the storytelling is accurate and fair in its representation of gangs and young Maori in New Zealand.

“Gang stories always invite conflict, and there’s no ‘nice’ way to deliver these narratives. But when the perspective comes not from a place of blame, but from one of understanding, empathy and release, the opportunity is there to explore wider themes: the differing responses to decades of colonisation; the ‘putting it right that counts’,” says Michael.