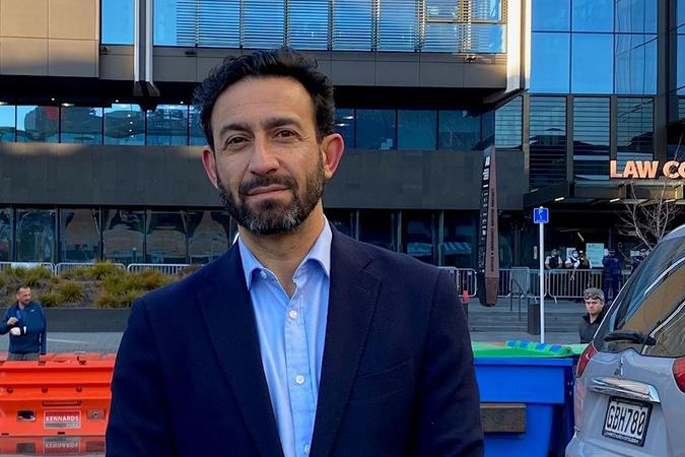 The silence in court of the Christchurch mosque terrorist will be helpful for the community, which has already given him a strong message he has failed, a community adviser says.

Brenton Tarrant is being sentenced in the High Court in Christchurch on 51 charges of murder, 40 of attempted murder and one charge of terrorism.

The court was expected to hear 66 statements over the last three days, but instead there have been over 90.

This morning, the court will hear from the Crown, followed by a brief submission from the lawyer assisting Tarrant before the judge passes sentence. Yesterday evening it was confirmed the convicted attacker would not speak in court.

Community adviser and former Christchurch city councillor Raf Manji has delivered some of the impact statements on behalf of the victims.

"It's been an extremely emotional three days. It's taken incredible courage for people to even come to the courtroom.

"The judge has been incredible in the leeway he's granted for people to have their say and to make the court a safe space for the community.

There was a great deal of apprehension before the sentencing what the hearing would be like and whether the mosque attacker would use it as a platform, he says.

"Neither of those things turned out to be as people expected and I think that's why we saw a rush of people wanting to give victim impact statements yesterday, because they saw their friends and brothers and sisters giving their statements and it was good, and they could see even if people were angry, that pain that they had carried for 18 months was able to leave the body through the words that they expressed.

"In the end it has been a real healing process for a lot of people." 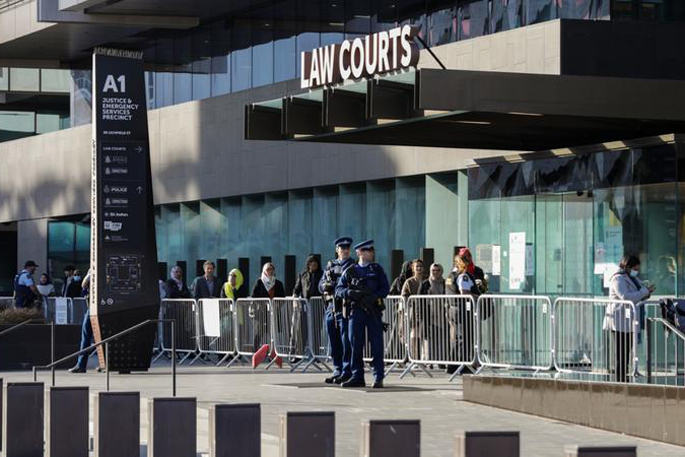 People arrived early at the High Court to hear the sentence for the mosque gunman. Photo: Nate McKinnon/ NZ.

Despite the initial trepidation about appearing in court, as the hearing went on people were able to tell the attacker exactly how they felt and what he had to carry for the rest of his life.

"That in himself has relegated him, as people have said, to nothing.

"He's out of their mind already. He's gone."

Manji says the convicted gunman has been mostly impassive in the hearing and it was not a surprise that he had decided not to speak.

He says it was clear people wanted a sentence of life without parole.

"They're aware that has never been granted in New Zealand before but they think it's the appropriate sentence given the enormity of what this man did."