All tribulation but no triumph for BOP Symphonia 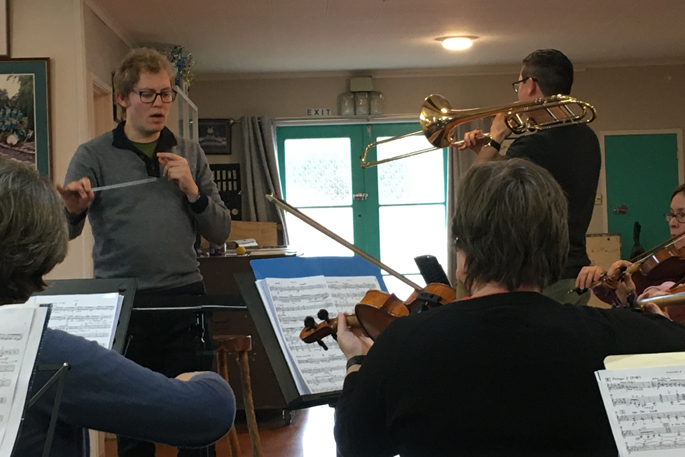 Bay of Plenty Symphonia musicians were poised and ready to play but have once again had to cancel their concert because of Alert level restrictions.

This weekend’s ‘Triumph and Tribulation’ concert is the third performance the orchestra has had to cancel because of Covid-19.

Initially the plan was to postpone the lastest concert but the continued retrictions have caused the cancellation.

This has been a very difficult time for Bay of Plenty Symphonia - after weeks of rehearsals with guest conductor, Tim Carpenter, and special trombone soloist, Joe Thomas, the concert was ready to roll, says Maggie.

“We feel so disappointed, particularly for Tim and Joe after all their efforts for the Symphonia.

“Everyone is feeling sad for our audience too as we know they were looking forward to having some live music again.”

All the participants are hugely disappointed not to be performing the wonderful programme planned by music director Justus Rozemond, but grateful to have had the opportunity to get to know some enjoyable new repertoire, she says.

“We’re hoping we can reschedule at least some of the programme in the future.”

There have been no orchestral concerts in Tauranga since the onset of Covid and it is unthinkable to the Symphonia that there should be no concerts for a whole year, says Maggie.

Putting tribulations behind them, the players will be working hard over the next few months to prepare for ‘Scheherazade and Other Tales’ – to be performed at Baycourt on November 22, Covid permitting.