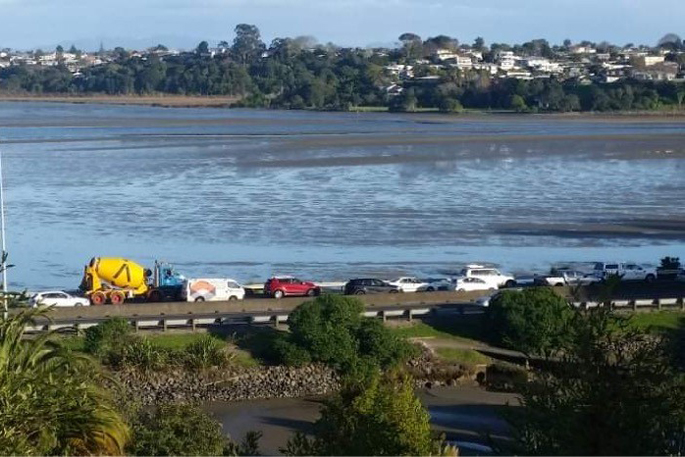 The traffic is backed up to Elizabeth Street on SH2. Supplied image.

UPDATED: The Tauranga Harbour Bridge is now clear after an earlier tuck breakdown.

Traffic is still heavy in the eastbound lanes of State Highway 2 and The NZ Transport Agency says to expect delays until congestion eases in the area.

A police spokesperson says a police unit has followed the truck to a safe location and the lanes are clear.

Police initially received a report at 7.43am of a truck blocking the left hand lane eastbound on SH2, says the spokesperson.

EARLIER:Traffic delays are being reported after a truck has broken down on State Highway 2.

The NZ Transport Agency is reporting the truck is blocking the eastbound lanes on Tauranga Harbour Bridge.

A SunLive reader says traffic is now backed up from the bridge to the Elizabeth Street intersection.