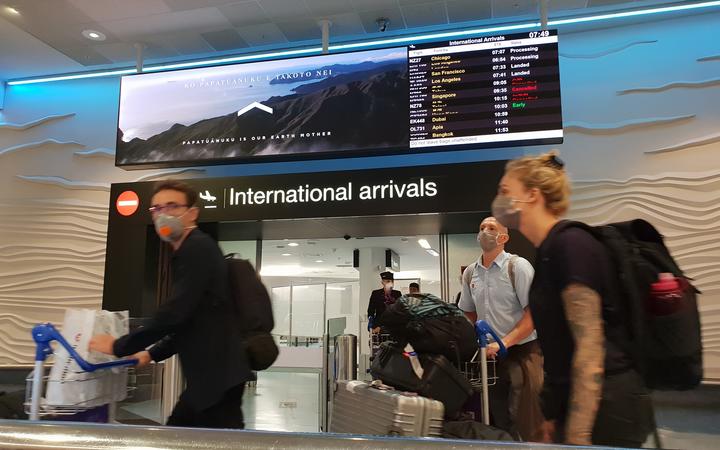 Wealthy Americans are leading a surge in foreign investors seeking a safe haven in New Zealand from their coronavirus-ravaged countries and economies.

The number of investor visa applications has soared since the coronavirus outbreak, and the government agency working to attract overseas money says New Zealand's strong coronavirus strategy is behind a tenfold surge in interest.

New Zealand Trade and Enterprise (NZTE) - the government's business development agency - says some people wanted to invest in a New Zealand company that is operating or selling in their home market, while others wanted to relocate their own business here.

"New Zealand's response to Covid has definitely been noticed in other countries, and has created a window in time where interest in relocating businesses to New Zealand or investing here is higher than normal," says NZTE general manger of investment Dylan Lawrence.

"Where before we might field one to two approaches a month we're currently receiving about five a week. But there is a difference between having interest and then having engagement and outcomes."

Coronavirus was working against investors getting on the ground in New Zealand to do their work and NZTE had to do its due diligence.

"We're only after certain types of investment - we say the investment's got to be good for New Zealand not just good for the investor, and by that I mean how real is it, does it create jobs for New Zealanders, does it bring capability networks, technology, or does it provide access to new markets?

"On the other side it's still a really uncertain investment environment out there right now and with the movement of people across borders being really difficult, it has made global investment a lot harder. And I think that sort of played out in the global statistics with merger and acquisition activity at a 10-year low this year, and also the number of venture capital deals were well down this year, back to 2014 levels.

North Americans now accounted for more than half of the inquiries the agency fields, followed by investors from Europe.

Immigration lawyer Simon Laurent added another factor to that list.

"New Zealand offers a level of civic stability and safety, which many people in the US do not feel in their home country," Simon says. "And sadly, that means that any destination that is basically Covid-19 free and offering a stable government and civil society is very attractive to people who are in fear for a number of reasons of their daily life back in the US.

"We're seeing a continual increase in interest, not just in the investment field but in people from the United States in whatever situation who are increasingly approaching us in order to find some way that they can come to New Zealand. The anecdotal comments that I've been hearing and receiving personally from people for instance in the US, and not just in the US, is that New Zealand is one of the few places that they feel really stands out as somewhere that they would like to live."

Investment could offer a secure long-term option for those who can afford it, says Simon, and by the time they were approved and had transferred their investment funds, the border may have re-opened to welcome them.

Immigration figures show applications from top-end investors with at least $10 million have more than doubled in the three months to August compared to the same time last year.

The number of Americans wanting to invest at least $3m has grown by even more - only a handful of Americans applied this time last winter but the United States has been the top nationality since June.

Simon says those investments brought benefits apart from the welcome injection of cash.

"The policy is set up to encourage the human capital to come into the country - people who've got business experience, who know how to make money and how to share the wealth.

"And those are the sorts of people I think we need to continue encouraging, especially when we're moving into what appeared to be recessionary times.

"So overall I believe that the government ought to put a focus back on finding a way for such people to be able to come and move to New Zealand and settle here because of what they can bring both fiscally, and in a perhaps less tangible way of their skills and their abilities - that is something that needs to be facilitated."