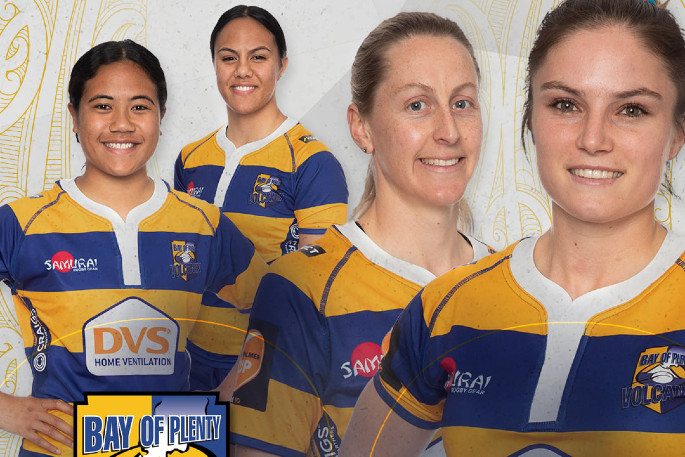 The 2020 Farah Palmer Cup squad has been named. Photo: Supplied

“I am very happy with the quality of the squad that Brendon and I have selected,” says Rodney.

“We have asked the ladies to show a real desire and commitment to be part of this year's squad, meaning some extra training sessions on top of their club commitments as the modified structure of the club and FPC competitions means limited time for preparation, in saying that I have no doubt this group will be very competitive in this year's modified Farah Palmer Cup.

“We are continuing to build experience in the squad along with introducing some exciting young talent meaning there will be good competition for starting spots this year. It's a short competition and one thing I’ll be looking for is the ability for players to learn quickly and improve each week,” says Rodney.

The 2020 squad has a mix of youth and experience.

“The experience of the likes of Baye Jacobs, Kendra Reynolds, Les Elder and Renee Wickliffe will be invaluable to assist in the guidance and development of the less experienced players, of which 11 are under 20 years of age.

“It is great to have young talent like Ruby Tawa (Te Wharekura O Mauao) coming through to join the likes Brooklyn Teki-Joyce, Hope Parata Kingi, Lisa Egberts and Esra Van Ramele who are all new to the environment this year.”

The squad features several Black Ferns 7s players, who have been released to play due to the disruption of the HSBC Sevens World Series schedule.

Due to the first two rounds of the 2020 Farah Palmer Cup being postponed, the competition has been rescheduled to kick off on Saturday, September 5.

The competition will be played in two pools split geographically with Northland, North Harbour, Auckland, Counties Manukau, Waikato, Bay of Plenty and Taranaki making up the seven-team North pool.

The South Pool will kick off a week later on the September 12 with Manawatu, Hawke’s Bay, Wellington, Tasman and Otago joining reigning champions Canterbury.

The top two teams from each pool take part in crossover semi-finals and the Final will be held a week later on October 31.

The Bay of Plenty Volcanix now have a BYE in the first week of the competition, and will officially kick off their 2020 season on Friday September 11against North Harbour in a double header game with Mitre 10 Cup teams.