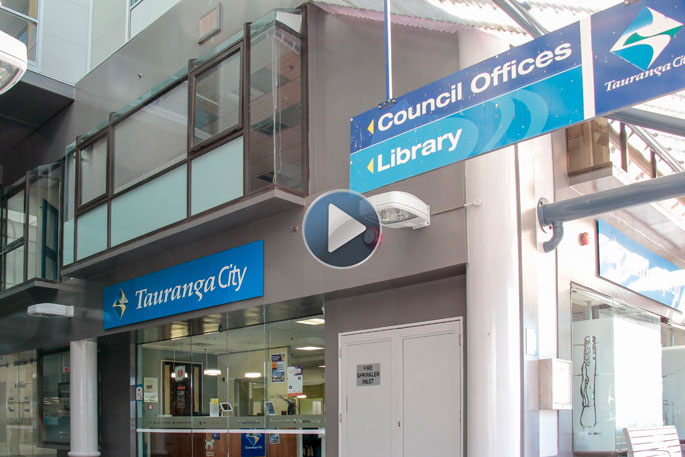 An emergency public meeting is being held today.

Tauranga City Council is holding an emergency meeting to discuss the report from the Department of Internal Affairs.

The DIA has requested the council provide assurance and evidence that it is taking proactive steps to “restore trust and confidence in its ability to meet the Crown’s expectations of a high-performing council”.

The elected members will consider a report on governance issues and a recommended plan to address strained relationships which have been the focus of media and social media commentary.

The ongoing issues include, Powell censured for inappropriate language and comments made about councillors in an internal council meeting in March.

Council chief executive Marty Grenfell says the DIA has sought information so that it can advise the Minister of Local Government (Nanaia Mahuta) on action she may need to take pursuant to part 10 of the Local Government Act.

“The Minister has the power to assist or intervene in such situations. We believe that by initiating the appointment of a Review and Observer Team to monitor interactions and performance and report both to Council and DIA, the council can establish a path forward which can promote more constructive working relationships between councillors and between the mayor and councillors.” Read more here.

Elected members will vote on recommendations to either accept Crown observers to intervene or work together themselves to better their relationships.

It is time to get rid of the dead wood that don’t want change for a better future of council, replace them with worthy elected councilors who are not there just to collect a pay check doing no work to move forward.

Tenby said he wasn’t there to lead, well maybe a good idea to step down and let someone more competent to take over.

Mayor Tenby Powell was elected by a large majority who wanted him to lead the city into the new era. There is a group of councillors who are obviously there for their own egos and do not realise that we do not want them or their disruptive and underhand tactics.

Tenby leaving doesn’t do much to solve the on-going issues within TCC. Defund them!

by some nasty facts that came out at this meeting. Hands up anyone who thinks a ROT is going to achieve anything? Of course the year one kids are going to behave when the teacher is in the room.

Yeah, they got high performing confused with highway robbery.

Are we there yet?

"Crown intervention is seen as a last resort". I believe we are. May be the quickest way to clean this mess up.

Since when was the T.C.C a "high-performing council”? - I missed the Memo.

Unfortunately people cannot change their personalities. Things may simmer down for a short while but sooner than later the same clashes will surface. There is only one fix - and that is for Powell to resign. It must be difficult for him and his family to continue living here with the weight of the majority of ratepayers so much against him. He should take the ’highway’ - the only solution!!