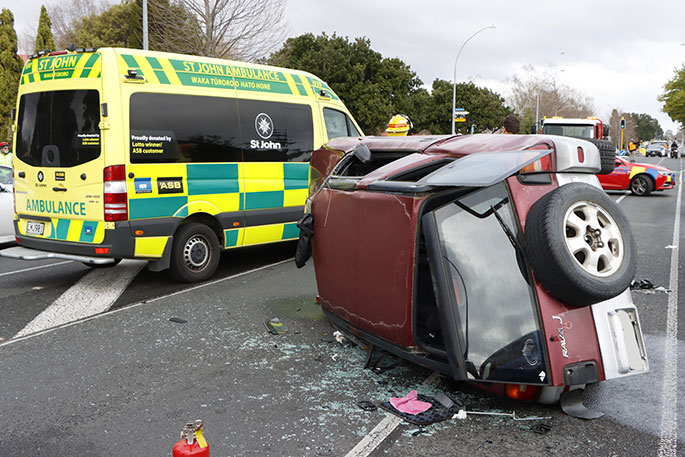 The vehicle on its side on Cameron Road. Photos: Daniel Hines/SunLive.

A vehicle is on its side following a crash on Cameron Road in Tauranga.

Emergency services were called to the scene of the crash, which is near 21st Ave, just before 9am.

A reporter at the scene says one lane is blocked and motorists are advised to expect delays in the area.

"Rowe Motors are on scene and diversions are currently in place, while the scene is cleared. 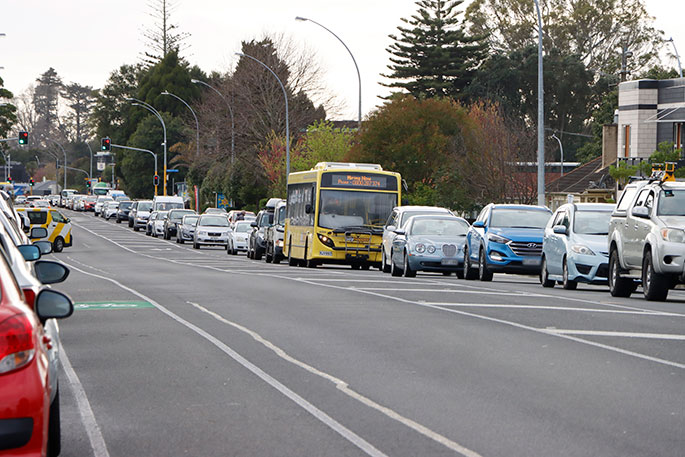 A caller to the 0800 SUNLIVE news hotline says northbound traffic is being diverting traffic down 21st Ave and Clarke Street.

A police spokesperson says the vehicle had reportedly collided with two parked cars.

"One person is reported to have minor injuries and one person has moderate injuries.

"One lane is blocked." 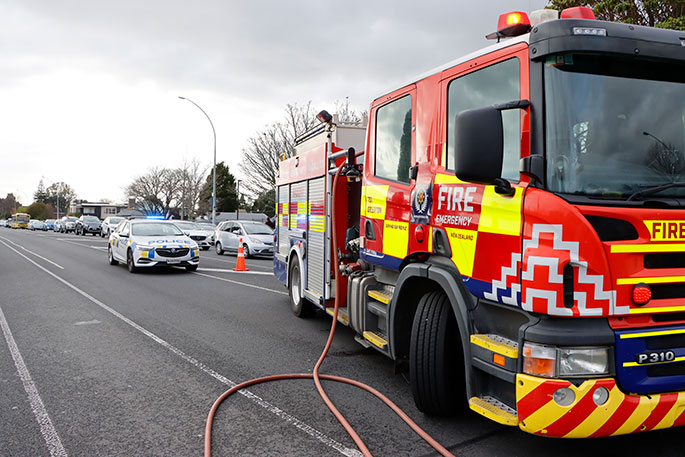