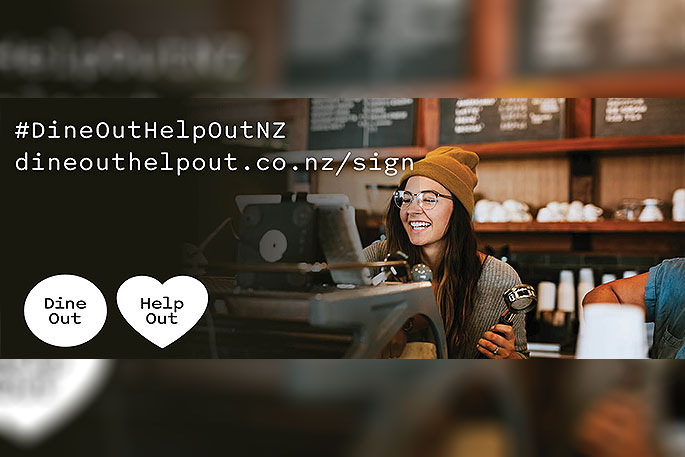 The Restaurant Association has launched a nationwide petition calling on the government to adopt a scheme similar to the UK’s “Eat Out to Help Out” initiative, to assist the battling hospitality industry which has been devastated by the coronavirus pandemic.

The petition calls on the House of Representatives to urge the Government to provide targeted support for the hospitality industry through a home-grown version of the initiative that the Association has dubbed “Dine out to Help out”.

“Despite contributing more than $11 billion to the economy and employing more than 133,000 people nationwide, there has not been any targeted support for the industry through the pandemic to date,” says Restaurant Association CEO Marisa Bidois.

“Hospitality operators continue to be impacted by alert level changes, border closures and consumer uncertainty: without focused, targeted assistance many hospitality businesses will not survive. A scheme similar to the UK’s is needed in New Zealand.”

Under the UK scheme, the Government foots the bill for 50 per cent of a meal eaten at a cafe, restaurant or pub from Monday to Wednesday until the end of August.

It sees a maximum saving of £10 per person applied to meals at more than 70,000 venues and was used more than 10.5 million times in its first week.

The scheme has already been hailed as a success by many restaurateurs in the UK.

“Our Dine out to Help out initiative will put much needed cash back into the pockets of hospitality businesses that are really struggling whilst also helping Kiwis to get a freshly prepared meal at a discounted price.”

If adopted, the Dine out to Help out initiative will run in a similar fashion to its UK equivalent across in-house dining at appropriate alert levels. The discount will not apply to alcohol, only food.

A survey conducted by the Restaurant Association this week found that of those businesses able to remain open at alert level 3, 87 per cent were reporting revenues significantly lower than the same period last year. For those at alert level 2, that figure was 49 per cent with a further 29 per cent reporting lower year on year revenues.

“Our industry has been battling for months now, with thousands of jobs lost and businesses looking to close their doors for good. This country has an incredible hospitality scene and if we want it to survive the pandemic’s ongoing impact, the Government needs to do something different.”

“We have a membership of 2500 establishments alone to support this scheme and we’re ready and able to work with the government and its associated agencies to roll this out here,” concluded Bidois.

The petition for the Dine out to Help out initiative, can be signed online via the New Zealand Parliament website online here and the Dine Out Help Out website here https://www.dineouthelpout.co.nz/sign. There is also a link on the Restaurant Association homepage here www.restaurantnz.co.nz. It has been spearheaded by the Restaurant Association of New Zealand, and is supported by the Hospitality Recovery Taskforce, which includes hospitality leaders from across the country. More on the Taskforce can be found here.