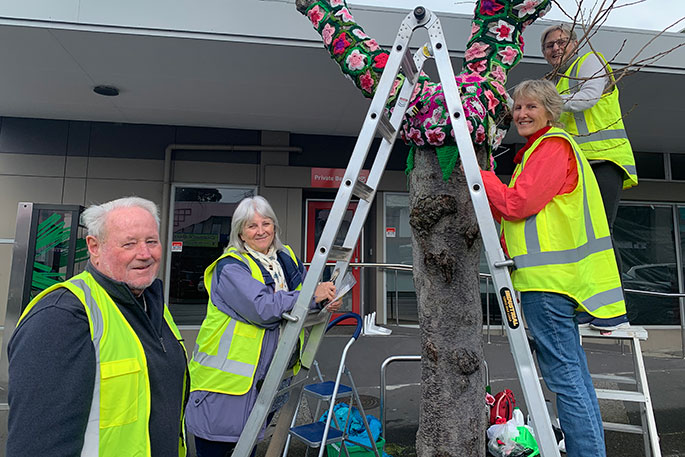 The winners of the popular Greerton Village Yarn bombing competition for 2020 have been announced.

The judge for this year’s competition Stephanie O’Sullivan is Head of Technology at Tauranga Girls College and has congratulated all the entrants on their creativity.

The theme of ‘Aotearoa - what it means to me’ gave knitters an opportunity to contribute positively back to the community, with Papamoa’s Pacific Coast Village knitters choosing to donate their $300 creators’ prize money to Homes of Hope. 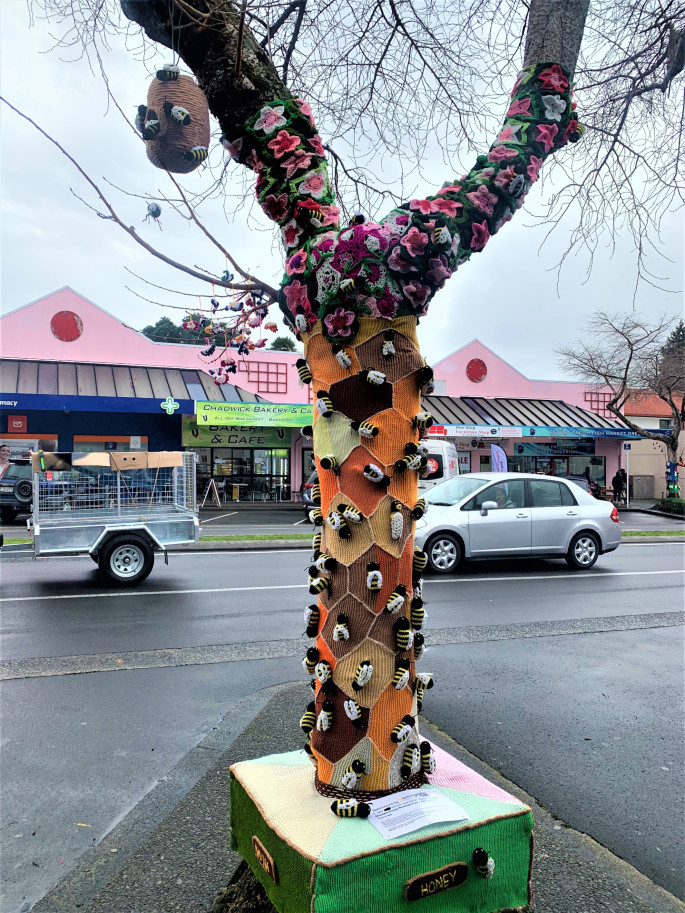 It was the first time that the knitters had entered the competition, knitting manuka flowers, a beehive and honey bees.

“It was really good to have something to do during lockdown,” says Julie. “I had a dozen people help.”

Julie says a lot of manuka honey was eaten by the knitters during the knitting.

“We think manuka honey is really special for New Zealand.”

The Aroha of NZ tree, created by Arohanui Art & Education Trust won the public vote, made up of online and manual voting. 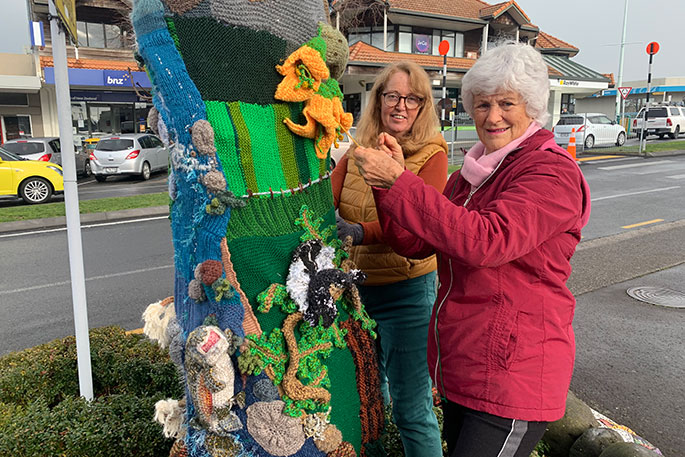 Christine Williams and Robyn Slater from Kiwicoast Lions dressing their ‘A Panoramic Scene of NZ’ tree.

They receive $200 as creators and $500 as the charity, totalling $700. Arohanui Art & Education Trust provides services for adults with disabilities, many of whom had spent about six months creating their kiwiana tree which featured ‘Wilson’ a knitted rugby player.

During July, Wilson was torn from the tree and stolen, resulting in a large swell of public support.

Arohanui Trust General Manager Peter Gibson says that the group had worked hard to try and win the prize so they could purchase sensory equipment, woodwork machinery and resources. 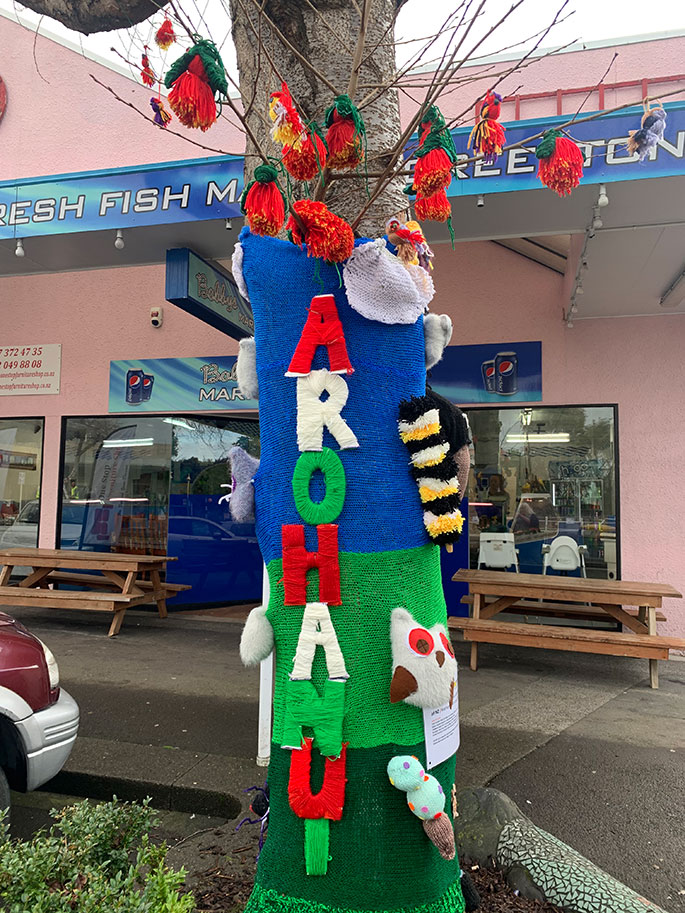 “An additional prize of $300 has been donated by the Greerton Village Community Association to Tree number 14, A Panoramic scene of NZ,” says Sally. “Created by Michelle Cliff and the Kiwicoast Lions, it achieved the highest online vote.

“The school with the most votes was Greerton Village Primary School with their Maori Gods tree. They will also receive a small prize from GVCA.”

“Without this sponsorship, we would not be in a position to help these local charities and reward the work of the knitters. 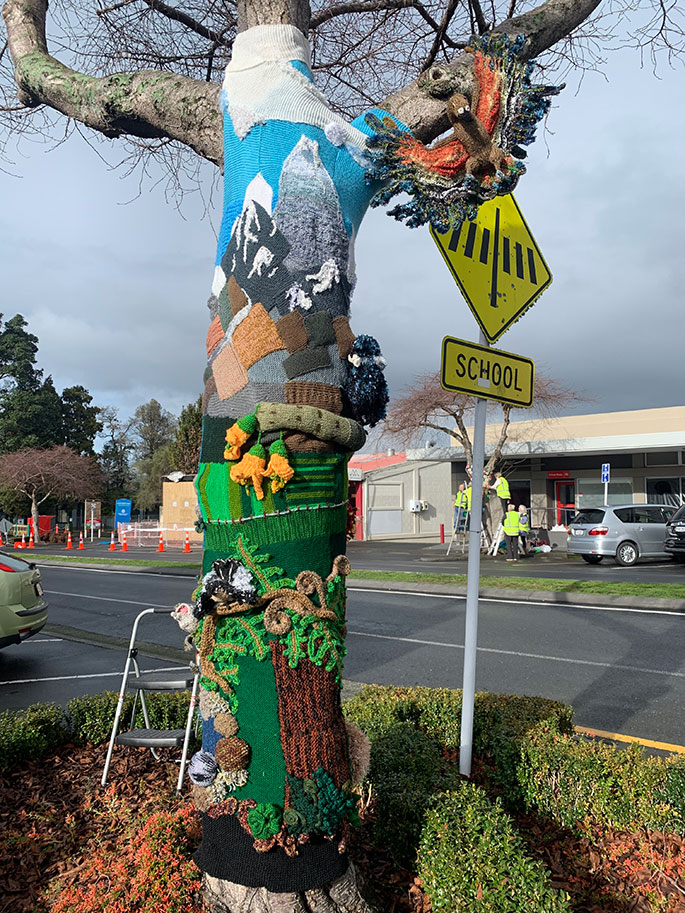 “We also want to thank all who participated this year under often difficult circumstance, to Carol Power the Yarn Bomb coordinator, Marilyn Mouat at MD's Leatherworks, the Greerton Lions, and to everyone else who helped make it possible.”

Next year will be the 10 year anniversary of the Greerton Yarn Bombing event. The theme ‘Colour my World’ has been chosen, with registrations due to start from September. 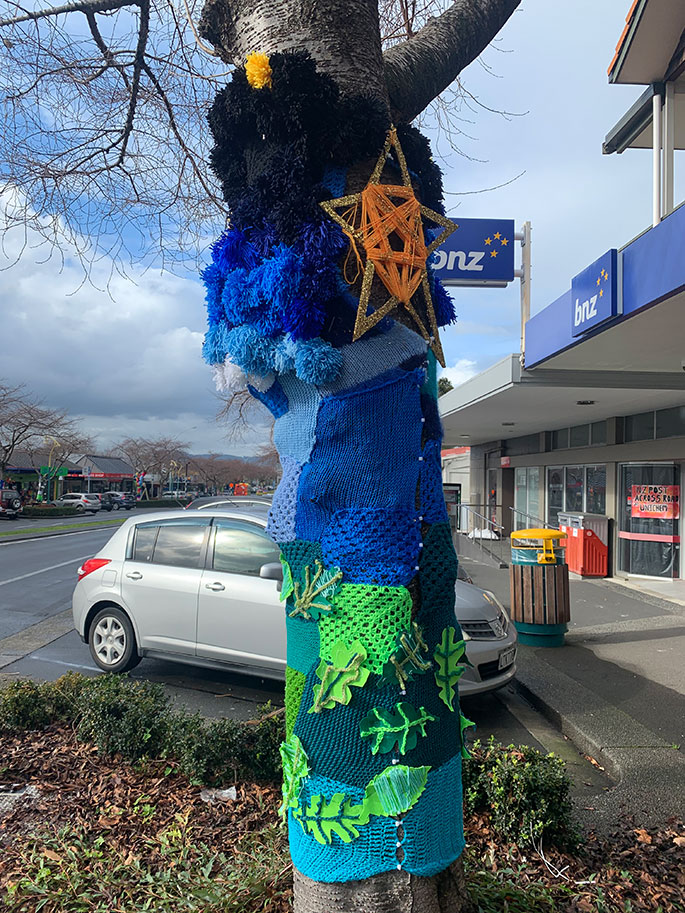