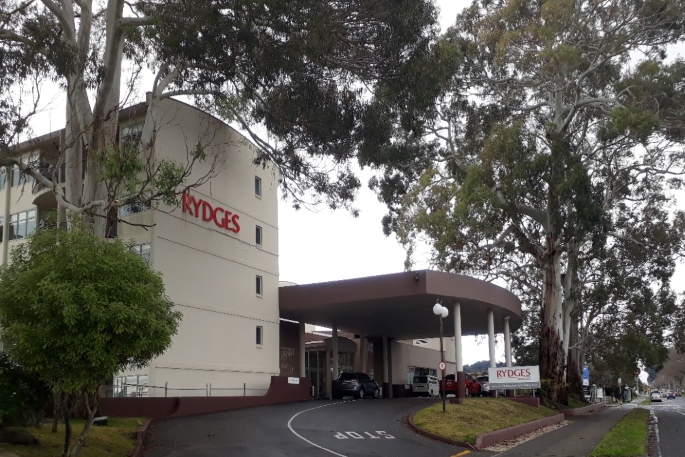 The Rydges Hotel is being used as a managed isolation facility in Rororua.

That will bring the total Defence Force personnel supporting the COVID-19 response to around 1200 – the largest military contingent since Timor-Leste, says Minister of Housing Megan Woods.

“It is important we do all we can to strengthen the layers of security systems in our facilities.

"So far we have, improved policies, procedures and increased staffing numbers across all managed isolation facilities.

"Over the last month we have been trialling the use of technology such as CCTV to help with the management of the perimeters and it is likely this will be rolled out more widely.

“This boost in defence force personnel will be progressively rolled out over the next six weeks and will see the number in each managed isolation and quarantine facility increase from around 4 people to 19 people, and also see around 80 extra personnel stationed at the maritime border to assist Customs.”

There are currently 32 managed isolation and quarantine facilities.

“While the current community cluster has not been sourced to a managed isolation and quarantine facility, nothing is fail-safe and strengthening security is a step we believe is useful,” says Woods.

Thirty staff will deploy to Auckland this Thursday to staff the first two MIQ facilities.

Each week after that 75 people will be provided until each MIQF is staffed by an additional complement of 15 NZDF staff.

"We are reducing our reliance on private security guards by scaling up Defence Force personnel, especially in the highest risk facilities.

"They will staff the higher risk security areas such as entry and exit points and public areas.

"We will be moving to a model of direct employment of security guards with the appropriate training and paying the living wage."

We pay taxes to pay our defence force. They are there to protect our borders against threats. So why has it taken so long to mobilise them. Instead we use incompetent private security agencies at a huge cost who can’t appear to do a good job. Just wasted 6 months of a defence force resource that was always there and not being used effectively.