LIVE: One new COVID case in isolation in Rotorua 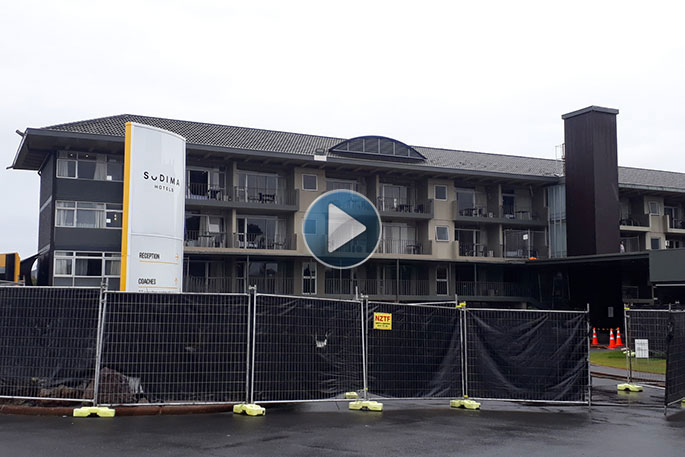 One of today's six cases was in managed isolation in Rotorua.

Five of the new cases are in the comminuity and one was in managed isolation.

Ashley says the one in managed isolation is a woman in her 50s who arrived in New Zealand from Qatar via Sydney.

She had been in isolation in the Sudima Hotel in Rotorua and is now in the quarantine facility in Auckland.

Ashley says the remaining five new cases are linked to the Auckland outbreak.

There are five people in hospital. One in Auckland City and four in Middlemore.

Yesterday, laboratories carried out 23,038 tests, bringing the total number of tests carried out to date to 639,415.

Ashley says people should only be tested is they are symptomatic or have been close contacts to confirmed cases. He says these people will be directed to have a test by a health professional.

Director-General of Health Dr Ashley Bloomfield will provide a COVID-19 update at 1pm.

Yesterday, he announced 13 new cases of COVID in the community.

This brought the total number of active cases to 90.

Director-General of Health Dr Ashley Bloomfield says 69 of the active cases are linked to the existing community cluster and 20 are imported cases.

The total number of confirmed cases in New Zealand was 1293.

Ashley says there were 12 of the new cases are linked to the community outbreak in Auckland and one remains under investigation.

He says the one under investigation is believed to be linked to the existing cluster.

"There are 98 cases linked to the cluster. Forty four are positive and the balance are household contacts."

Ashley says six people are in hospital. Two in Auckland City and four in Middlemore.

He says no is requiring intensive care treatment.