Police on the hunt for wilful damage suspects 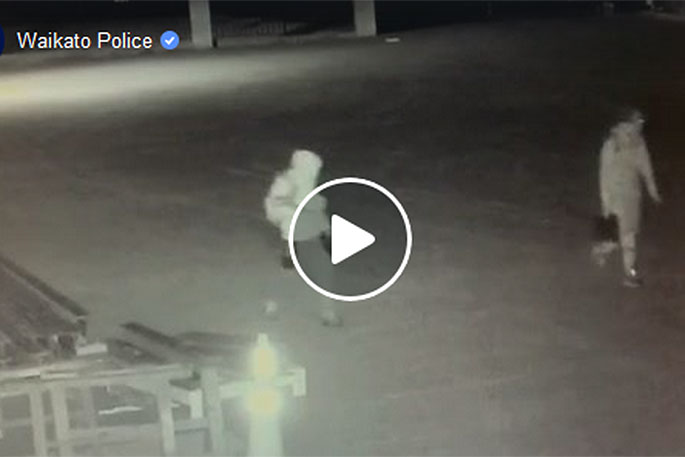 Police are appealing for any information about these two people. Photo and video: Waikato Police Facebook.

Police investigating the wilful damage of a number of vehicles in the Morrinsville area are appealing for information.

On August 11 at about 1.30am, BLM Engineering in Morrinsville had two unknown males scoping around their premise, says a post on the Waikato Police Facebook page.

“They have damaged property and a vehicle belonging to BLM Engineering. They are also believed to be link to a number of cars broken into nearby.

“These two have been described by a security guard who witnessed them flee as; both male, aged 18-20, one wearing a camo puffer jacket, both wearing scarfs across their faces.

“Morrinsville Police are seeking your assistance to identify these males.

“If you know who they are or have a nomination please contact the officer in charge Constable L BALVERT or call 105 with reference case number 2008118342.”