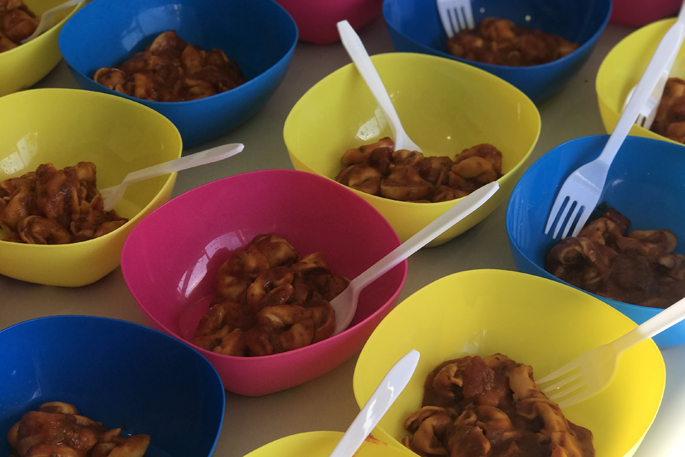 A Whakatane primary school is disappointed that it is the only school in the town that is not in the government's free school lunch scheme.

St Joseph's Catholic School is worried it will lose enrolments and says the decision is based on its outdated school decile number.

A member of the school's board of trustees, Michal Akurangi, says she had two children at St Joseph's and she was disappointed they and 260 others at the school would not be getting free lunches next term.

"Well it will definitely single us out from all the other schools, but also the stress will still be on those families to provide lunches for the children. I think it's just a bit unfair really."

She says the town was struggling under the combined impact of COVID-19 and last year's eruption on nearby Whakaari / White Island and the lunch scheme would be a big help to the community.

The school's principal, Jo Brady, says she was surprised to learn that the other nine schools in the local Community of Learning group were all in the scheme.

She says she was told that as a decile six school, St Joseph's was not eligible.

But she says the rating was out of date and the other schools were in deciles four or five, not much different to her school.

"Probably the bit that is the most ironic is that when my children leave this school next year, all of my Year 8s will be eligible for a free lunch at both high schools," she says.

Jo says she was worried some families would move their children to schools where they could get a free lunch.

She says the school was applying to have its decile recalculated in the hope that it could be included in the lunch programme next year.

Jo says the school had children from low-income families and she was worried some families might leave the school so they could get free lunches for their children.

The Education Ministry had previously told RNZ it was using the new equity index, which was being developed to replace the decile system, to inform decisions about which schools were in the lunch scheme.

The index used official, anonymous data about individual children's family circumstances unlike the decile, which used data about groups of households in a neighbourhood.