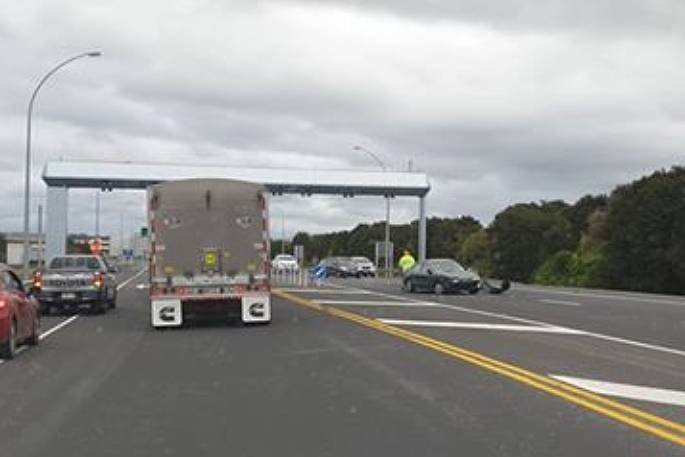 One vehicle is in the middle of the road. Photo: Sarah Levers.

The citybound lane of Takitiumu Drive is closed following a two-vehicle crash this afternoon.

A police spokesperson says one person has sustained moderate injuries and they are on waiting on arrival of ambulance.

They recieved reports of the crash at 3pm and traffic management is in place, says the spokesperson.

A SunLive reader has messaged on Facebook to say there is a crash near The Lakes roundabout.

A photo sent to SunLive shows at least one vehicle has sustaned frontal damage in the crash and is in the middle of the road.