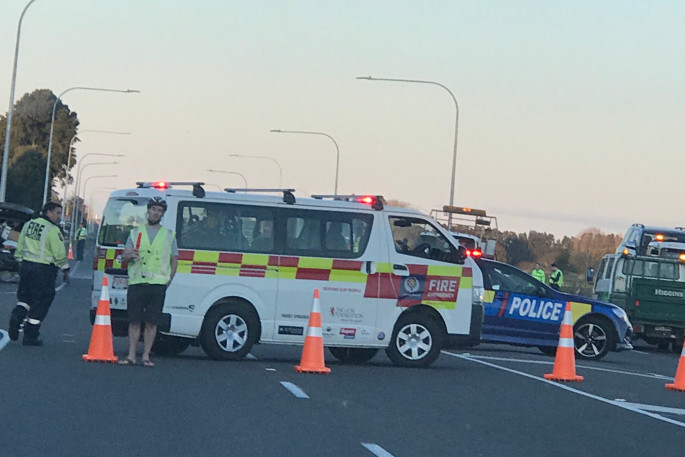 Tara Rd is blocked as emergency services assist at the scene of a multiple vehicle crash. Photo: Haydon Appleton

Three vehicles have collided in Papamoa this afternoon with one car catching fire.

Police were called to a crash at the intersection of Tara Rd and Royal Ascot Dr, Papamoa Beach, about 4.20pm.

"The crash involved three vehicles and one of the cars caught fire," says a Police spokesperson.

"One person received serious injuries and another received moderate injuries."

"There are apparently six people involved and we don't have a status yet for the other four."

One car is currently blocking the road.

Not a drag strip

Two cars only involved 2 in one car 3 in the other. The other three were ok, just shaken up, the two in the RX7 were not so good but OK. I would hate to guess the speed they were doing when they hit, but by the sounds of it when they past our house it was well over the speed limit