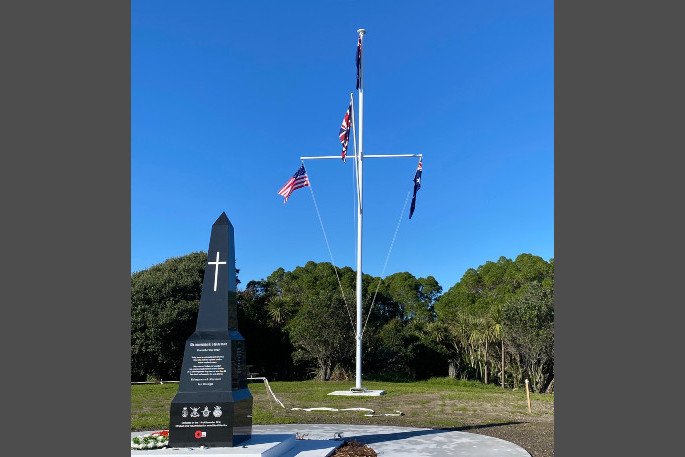 Today marks 75 years since Japan surrendered to the Allies on August 15, 1945.

Victory over Japan Day or VJ Day, was commemorated early this morning with the quiet raising of flags at the Papamoa Cenotaph.

Around the country, large public gatherings commemorating the 75th anniversary had to be cancelled due to coronavirus restrictions.

Tauranga City Councillor and Mount/Papamoa Ward Councillor Steve Morris was raising the flags with Michael O’Carroll at dawn in Papamoa when the pair realised that ideally there should be an American flag amongst the group flying for the day.

“We were putting up four flags - two New Zealand flags, the United Kingdom flag and Australia flag,” says Steve Morris. “We use them for Anzac Day and Armistice Day. But we don’t have an American flag.

“Obviously with the Pacific it’s very relevant as there were over 100,000 US soldiers stationed here during WW2.” 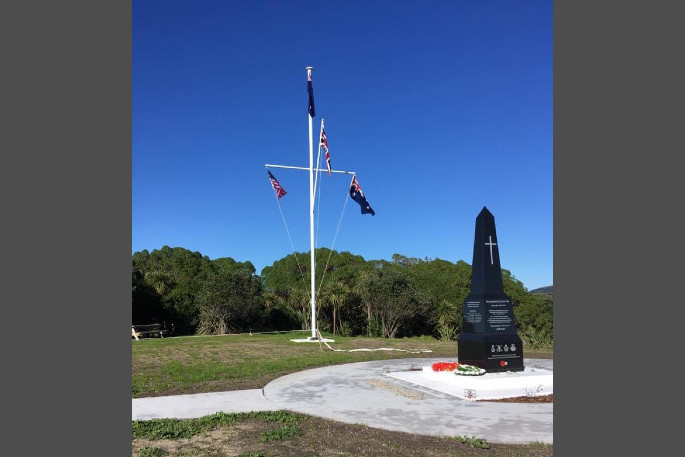 Steve did a quick shout out on the Papamoa Link Facebook group, asking if anyone had an American flag.

Michael, meanwhile had gone for a walk along the beach.

“When I got back, there was an American flag flying!” says Michael, delighted at what he thought was a wonderful response from someone within the community.

“It’s great to see the Stars and Stripes flying proudly alongside the flags of NZ, UK and Australia on this VJ Day.”

The flag however came about due to a bit of Kiwi ingenuity.

“Pam Lewis suggested I go to the $2 shop at the Papamoa Plaza so I quickly went down there and bought a flag,” says Steve. “I had to do a few modifications to it to rig it up on the staff as it’s a display flag, not one to be flown.”

For the rest of the day the ‘Old Glory’ from the $2 shop has been flying alongside the Commonwealth flags, overlooking the Pacific.

“For the future we’d be keen to have a proper American flag,” says Steve.

Steve and Michael plan to take down the flags at sunset today at 5.35pm.

“The HMNZS Gambia was present on September 2, 1945 in Tokyo Bay for the signing of Japanese Instrument of Surrender,” says Michael. 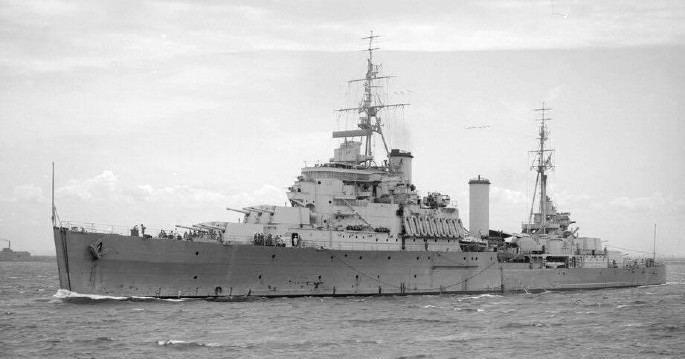 “On September 12, she proceeded to Kii Suido, where she was employed until September 19 assisting United States Forces with the embarkation and recovery of Allied military personnel,” says Michael.

“The HMNZS Gambia is reputed to have fired the very last shots in World War II. At the exact time the signal instructing hostilities to cease was coming through, Gambia was engaged with a Japanese aircraft off the coast of mainland Japan.”

A Naval message containing the original instruction to cease combat and Gambia’s reply ‘Judy 33 shot down over fleet while signal was flying. C. T. F.’s instructions not obeyed’ is on display at the Torpedo Bay Navy Museum, which overlooks Auckland’s Waitemata Harbour. 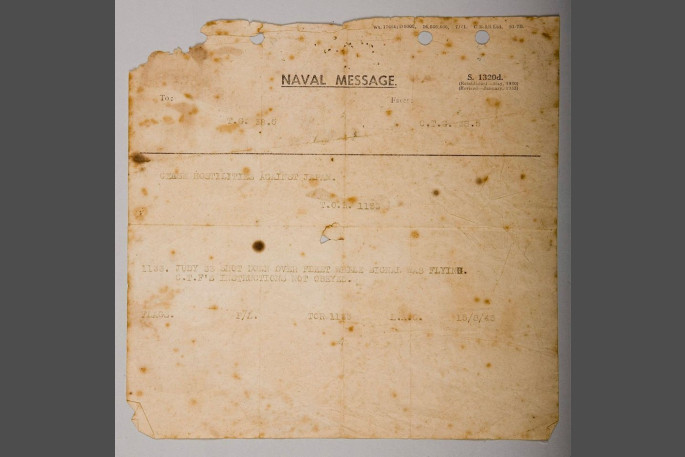 UK Defence Secretary Ben Wallace says that NZ forces fought in all but three of the 2179 days of the Second World War – a commitment matched only by Australia and the UK. Nearly one in ten New Zealanders alive at the time fought in World War II from 1939 to 1945.

The pandemic’s first wave scuppered Anzac Day events in April. Now, the RSA has had to face another blow with functions honouring the 75th anniversary of VJ Day today cancelled.

RSA National President​ BJ Clark​​ said the situation was unfortunate, but the price to pay for keeping veterans safe.

“We’ve got to acknowledge a lot of our veterans are susceptible to Covid-19,” says Clark.

The cancellation of multiple events this year hurt RSA fundraising and revenue but Clark said Defence Minister​ Ron Mark​ had stepped in with more funding for the veterans’ association.

“We are deeply disappointed, especially for the veterans of the conflict who were scheduled to be present,” says Ministry for Culture and Heritage​ chief executive​ Bernadette Cavanagh​.

“However, public health is our first priority and we need to follow all guidelines, including restrictions on public gatherings.”

An Act of Remembrance was expected to go ahead at Pukeahu’s Tomb of the Unknown Warrior,​ but this would be closed to the public.

Under Level 3 alerts covering greater Auckland, gatherings of up to ten people are allowed, but only for weddings, funerals and tangihanga​.

Under Level 2, covering the rest of the country, public gatherings cannot exceed 100 people and physical distancing must be observed.