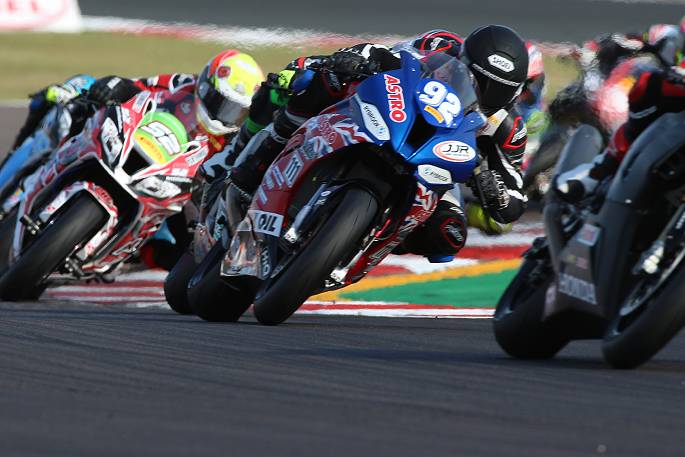 Whakatane’s Damon Rees has made a sensational start to his British 1000 Superstock Championship campaign, snatching the lead in the series after the opening round at Donington Park on August 8-9.

From there Rees went on to score 2-3 in the two races that made up the opening round of the 2020 Pirelli National Superstock 1000 Championship with Black Horse race series.

That consistency saw him leave Donington Park with the championship lead.  The fact two other riders share the same number of points (36) is another indication of just how fierce the competition is in the British Superstock 1000 championship. 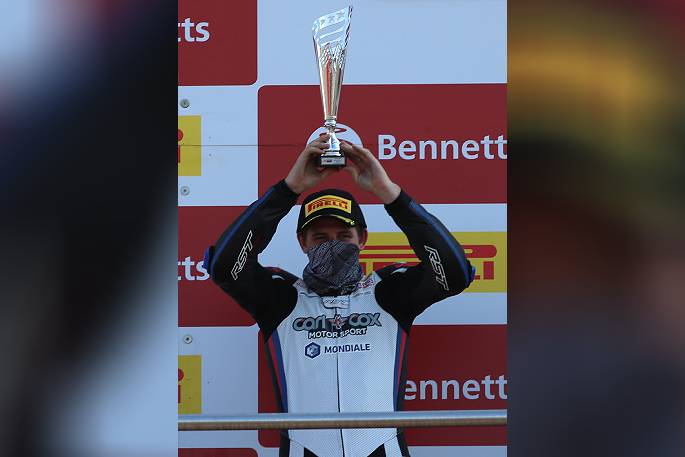 In unusually hot conditions for England, the first race start saw Kent snatch the lead into the first corner but eventual race winner Tom Neave (Honda CBR1000RR-R-SP) found his way through the pack and was able to eek out a two second gap at the chequered flag after 21 torrid laps.

But all eyes were on the battle for second position with New Zealand rookie Rees battling with former world champ Kent for a number of laps.

Rees then pulled away from the 2015 Moto 3 World Champion, eventually finishing 1.5 seconds ahead of the Englishman.

After the race Rees reported that there was a lack of grip from the track surface for the whole race but he held his own and rode solid "and it paid off".

“I can’t thank the Astro JJR Team enough for all their hard work, I’m so thankful to be part of such an awesome team!  And thank you all for all the support!”

The second Superstock 1000 race was meant to run at midday on Sunday but after two attempts at a start were both red-flagged, the event was re-scheduled to the end of the day.

In the first attempt, Rees was holding a comfortable third place before the first red-flag came out, due to a coolant hose coupling on team-mate Richardson’s bike coming loose and spraying liquid on the straight.  First Richardson knew of it was when he tipped into the first corner.

The rear tyre lost traction on the water from his own bike, which unfortunately resulted in Richardson falling off, causing a Red-Flag.

The re-started race, now set for 16 laps, was over after a lap due to 2019 series champion Richard Cooper crashing at the final chicane, scattering debris.

The re-scheduled race was held in cooler conditions at the end of the day, further cut to 14 laps.

Rees was moved up to the front row of the grid, after posting the third fastest lap time in Race One.  From there he made an excellent start, slotting into second place behind Tim Neave (Suzuki GSX-R1000) brother of race one winner Tom.

After six laps, seven riders were vying for the lead, with Rees bumped back to seventh in the peloton.  At the race’s mid-point, Rees started picking off the riders ahead to move to fifth.

Then, with two laps remaining, he made a move on Danny Kent and Lewis Rollo, taking over third place.  A lap later Kent crashed.

Time had run out for Rees though and he finished just over one second behind race winner Chrissy Rouse (BMW S1000RR).  Australian Billy McConnell (BMW S1000RR) was second.

Afterward Rees commented “it’s been an absolute stellar beginning to the season and has made the delayed start all worth it,” in reference to the COVID-19 delay to the championship, originally scheduled to start in April.

“Thank you for all the messages and comments, I have read and appreciate every single one of them,” Rees says of the support he is receiving from back home.

"This weekend has really been a dream come true.  I think I exceeded everyone's expectations, but proved that hard work really does pay off, and I do deserve to be here.  I also can't thank the Carl Cox Motorsport supported Astro JJR Racing Team enough, they have built an amazing bike for me, I'm absolutely loving it!  I am now absolutely itching to roll into Snetterton.”

The series now heads to the Snetterton circuit in Norwich for the weekend of August 22-23.