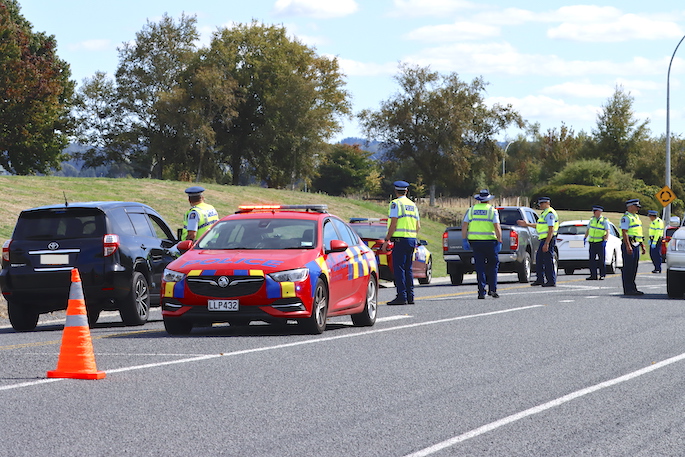 A total of 178 new police officers are being deployed to the frontline in the Bay of Plenty. File photo/Daniel Hines.

More police are being deployed to the frontline to help manage the COVID response, after the graduation today of 56 new officers.

“The ceremonies for the graduation of Wing 340 at the Royal New Zealand Police College were trimmed to take account of new Alert Level 2 restrictions in Wellington,” says Police Minister Stuart Nash.

“The newest officers to join the frontline took their constables’ oaths without the usual presence of family and guests, to observe limits on mass gatherings. Instead the ceremony was live streamed on a private YouTube link for whanau and loved ones.

“They will be deployed all over the country. Twenty-two new constables are posted to the greater Auckland/Tamaki Makaurau area.

"Reports from the first day of Alert Level Three indicate the vast majority of residents in our largest city have responded well to the new restrictions."

Nash says as of 7am on Thursday, police had carried out 852 COVID-related patrols and checks in the greater Auckland area.

He says these included reassurance patrols at essential businesses like supermarkets, responses to complaints about potential breaches, and checks on other businesses.

“Police enforcement of both Alert Levels Three and Two follows the same pattern as our earlier lockdown.

"Police take a graduated approach where they engage, encourage and educate people about the COVID restrictions, before moving to more formal warnings or even arrests."

Wing 340 is the 38th police recruit wing to graduate since the Coalition Government took office.

In that time, 2309 new police officers have graduated and been deployed to the frontline.

“It takes the total number of full time police, after turnover and attrition, to approximately 10,167 officers. It represents about 1329 extra officers since the start of the 17/18 financial year, a 15 per cent increase.

“The rollout of new police is changing the face of modern Policing and making it a more diverse organisation. There are more female officers, Maori, Pasifika and Asian officers, and officers with a wide range of skills and competencies.

“We are keeping up the momentum to train and deploy new Police to improve community safety and enhance the wellbeing of New Zealanders."

New constables have been deployed to Police Districts as follows: