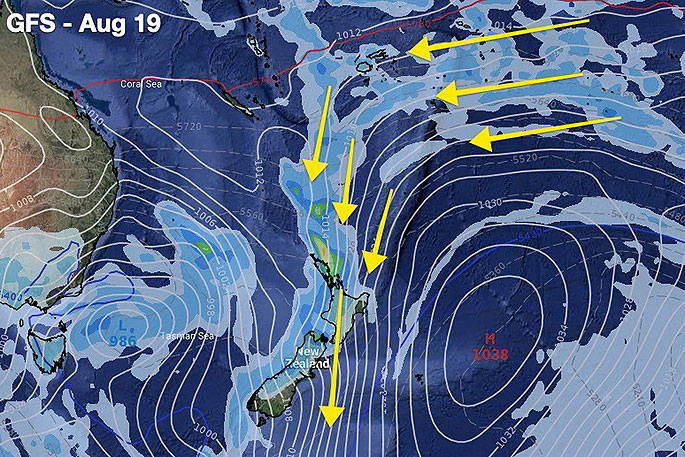 A big high is about to move in to NZ, kicking off with a colder southerly but followed by a mild sub-tropical nor easter next week.

WeatherWatch.co.nz says the high pressure belt will make most regions lean drier in the week ahead - but by Tuesday or Wednesday next week more rain will move in from the north and west, affecting northern and western districts of both main islands.

Some modelling even suggests a small sub-tropical low will form, helping to pull down even more moisture into New Zealand.

WeatherWatch.co.nz says after yesterday's rain across Auckland region the forecast of more rain for our largest city, currently in a water storage deficit, will be very welcome.

At this stage www.RuralWeather.co.nz suggests next Wednesday and Thursday will see more rain falling in the Hunua Ranges.

Early estimates using IBM's super computer Watson (the most powerful weather super computer in NZ and WeatherWatch is partnered with IBM) is that it could be a further 15 to 30mm but it's too far out to be able to lock in. 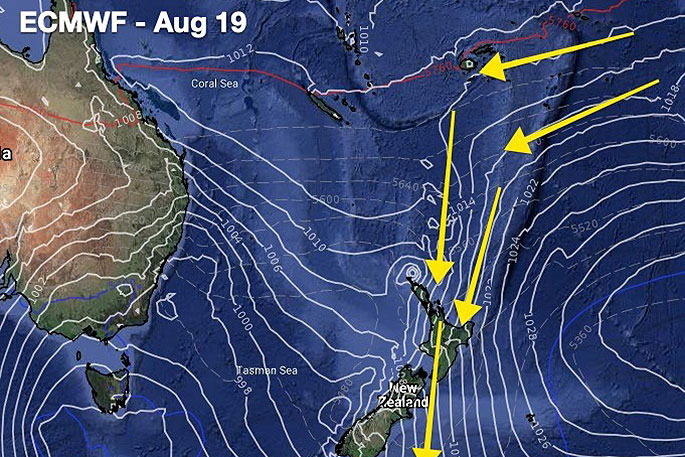 Outside of Auckland and next week's sub-tropical set up means many regions will, yet again, be leaning warmer than average.

The next couple of days ahead (including today) will see some southern and eastern parts of the South Island dip below average.

The nights will also be colder in the nights ahead for both islands as the large high rolls in, although it may bring cloudy weather to western coastal NZ for a time.