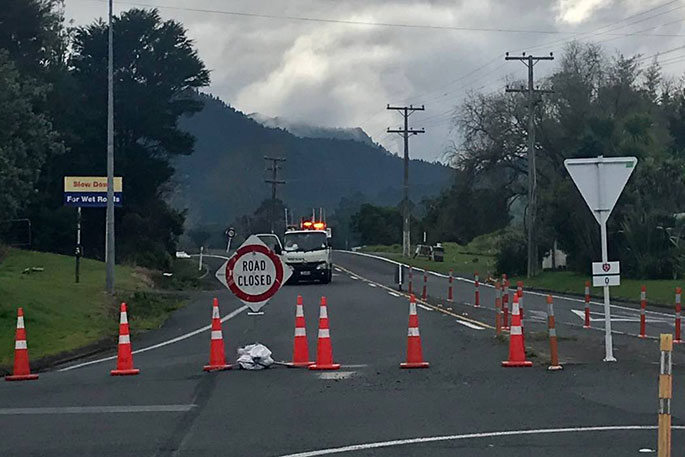 The cordon on Kopu-Hikuai Rd on the Coromandel where Bayden Williams was found dead. Photo: Stuff.

A young man who was allegedly murdered in the Coromandel had just become a father.

Bayden Williams, 20, of Tairua, was found dead on Kopu-Hikuai Rd in the Coromandel Peninsula on Wednesday night. Williams was the eldest of four children, with two younger sisters and a brother.

A 23-year-old man appeared in Hamilton District Court on Thursday, charged with Bayden's murder, and has been remanded in custody.

Bayden’s boss at Tairua’s Gull service station, and close friend, Damian Fletcher, says Bayden was a gentle soul who never got angry or said a bad word about anyone.

“He came to me as a young 16-year-old and I watched him turn into an awesome young man.

“He was just the softest, most loving, respectful, the kindest-hearted kid you would meet. He was going to be a brilliant father, he just had so much love and life to him.”

He says Williams had embraced becoming a father to a little boy in the last year and was excited about becoming a new dad.

“He would have raised such a loving child. And that is a testament to his parents. He would have passed that down to his son.”

Damian says Bayden was a real fun-loving kid, who had a good laugh and a cheeky sense of humour.

A Givealittle page has been set up to help with the family with the funeral costs.

“They can’t believe it and just hearing the way he used to speak to his siblings there was always so much love. ”

Damian had seen Bayden at work on Wednesday and says the staff are struggling to come to terms with what happened.

“There’s no replacing a kid like Bayden, we’ve got a Gull family and it’s like one of the wings has been snapped off it. He’s just left such a hole (in) the Gull family and the Tairua family as well.”