Half a million added to Whakarewarewa contract 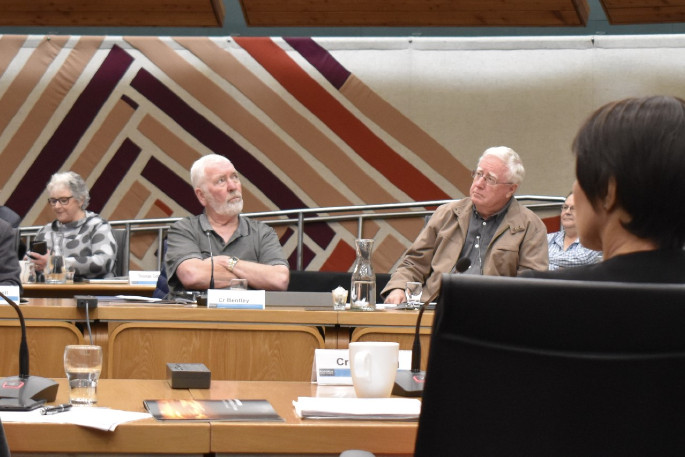 A Rotorua Lakes councillor has come under fire in a meeting for labelling a contract variation to the Forest Hub 2 project a “budget blowout”, but the council says the project is still within budget.

The comments were made by councillor Reynold Macpherson in a statement ahead of an Operations and Monitoring committee meeting on Thursday.

The Forest Hub 2 development refers to a development on Tarawera Rd which would provide an alternative entrance to Whakarewarewa Forest, and include event areas, a carpark and a toilet block.

It was one aspect of the overall Whakarewarewa Forest development, which also included upgrading Long Mile Rd and the Redwoods visitor centre. The overall project's budget is $14.5 million.

The contract variation was intended to pay for an increased water supply capacity to the site and Okareka, more metal filling, kerbing and wheel stops for the car parks, top soil for planting and “potential Covid-19 costs to possibly cover”, according to a staff presentation released from public-exclusion.

On Wednesday evening in the statement Macpherson said in his opinion the “blowout” confirmed “inferior contract management” and was “incompetent and wrong”.

“It adds insult to injury because [the] council has already agreed to fund capital expenditure on tourism infrastructure and to maintain it forever on land owned by its ‘co-governance’ partner, with none of the profits coming back to ratepayers. That’s wrong.”

Fellow councillors and Rotorua Residents and Ratepayers members Peter Bentley and Raj Kumar, joined in Macpherson’s criticism in the statement.

Bentley said, in his opinion, the decision “added to ratepayers’ debt to spend on toilets and other facilities on private land”.

The benefits, he said, would only go to yet-to-be-built private enterprise with the ongoing cost of asset maintenance being met by ratepayers in perpetuity.

Kumar said in his opinion budget “blowouts” now formed “a pattern where ratepayers have to pick up the cost of poor project management”.

“[The] council must tighten up and deliver on its contracts. We are all putting on the same green.”.
After the meeting chief executive Geoff Williams told the Rotorua Daily Post there was “no budget ‘blowout’”.

“This is a contract variation, something which is common for major capital projects and for which allowance is made through contingencies.

“The forest development project, of which Hub 2 is a component, remains within the $14.5m project budget.

He said in a statement councillor Peter Bentley had made that the council were borrowing more money for the project was incorrect.

“This project is, in fact, being very well managed.”

Macpherson, Bentley and Kumar’s earlier statements led to fraught scenes at the committee meeting on Thursday, with others saying the use of the word “blowout” was “emotive” and incorrect.

Williams told the meeting he had asked chief financial officer Thomas Colle to deliver a presentation to the council on how contracts worked and how the council managed them.

“I think there was something like the word ‘blowout’ was used, which is a somewhat emotive term in the context of a managed contract variation.

“So I think it’s appropriate for Thomas [Colle] … to provide you with an overview as to the approach that staff use with respect to both contract management and where variations actually fit into that process.”

Colle said there had been questions at the previous council meeting “around contracts and leaving contracts, and what does it mean, and breaches and so forth”.

“A contract is a binding agreement between two parties. One offers something, and the other accepts something. And it’s generally for goods or services.”

He went on to describe further how contracts work, different kinds of contracts, and which ones the council used, and when variations to contracts might occur.

“The reality is, variations do occur. It doesn’t mean though … that the project is being managed poorly.

“The key is that our contracts allow for [unforeseen things].

He said the council predominantly dealt with variations “through contingencies”, which were held by the council and not disclosed to contractors.

He said “every single one” of the variations for the Forest Hub 2 development went before a steering group and the rationale for them was discussed.

It was about ensuring the development was “fit for purpose” and “what the community expects” and adapting to opportunity, he said.

“Very few, if any, lead to variations that mean we exceed budget. Most, if not all, of our contracts have a contingency … The contingency deals with variations.

“So when people say we’ve had a ‘blowout’ at Hub 2, we’ve had a variation to contract, but it’s still being delivered within the budget that you have set us.”

Williams said he “urged” elected members to be “very cautious in their use of emotive comments or criticism”.

“The issue that we have is that the variations are a professional, expected part of effective contract management. That is the reality.”

He said variations were brought back to elected members to decide on.

“You are dealing with a well-managed, professional organisation that is bringing to you prudent decisions.

“It should not be seen as signs to find fault unnecessarily, or to use emotive language, the consequences of which can have significant effects with regards to the way in which we approach the management of contracts.”

Mayor Steve Chadwick said she was “very confident about the rigor around these huge projects we embarked on ... being managed.”

“I too suggest great caution, especially on social media, this is where we can cause commercial offense.

“We as councillors must exercise probity and judgment around criticism of contract management. If councillors have concerns, [Colle] is always there to help take you through your concerns … that’s the right approach.”

Macpherson said he wasn’t sure if “classifying critical feedback from the public as ‘emotional’ … really covers the ground effectively with regard to public accountability”.

He said his original question at the beginning of the meeting was “how will we prevent such blowouts”?

That elicited a point of order from Chadwick, who said it was “disrespectful”.

“We just had that presentation that clearly pointed out it is not a ‘blowout’. So please use the right words.”

Macpherson said he would replace the word ‘blowout’ with “variation” and said 20 per cent was an “excessive variation”.

“So my question is, what are the [lessons] that can be drawn from the Hub 2 experience?”

Kumar said he believed Colle’s presentation was “something anyone can go and Google”.

“To come over here and ask a question and use a word then be told it could be … offensive, I find that when I made a promise to a lot of people that I came to stand and represent here, I didn’t tell them that I was never going to ask the tough questions or use those words.

“Now it’s come to a stage where we have to call a fish by something else [so] as not to offend people or a generation of fish, or whatever.”

It was one aspect of the overall Whakarewarewa Forest development, which also included upgrading Long Mile Rd and the Redwoods visitor centre.

The $14.5m development was a collaborative project between the Government, Tūhourangi Ngāti Wāhiao, Ngāti Whakaue, CNI Iwi Holdings and the council. $7.5m would come from the council and $7m from the Provincial Growth Fund.