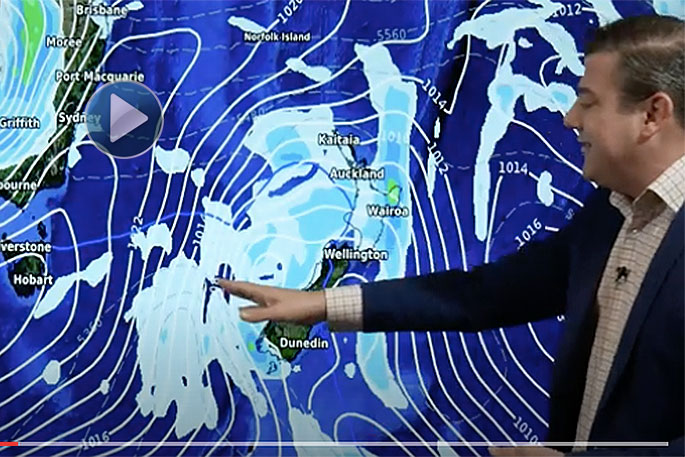 A surge of colder south to southwest winds is forecast for move across New Zealand this Saturday and eases into Sunday.

On Monday, another colder southerly change kicks in – and goes nationwide on Tuesday with another burst of gales, says WeatherWatch.co.nz

See what else is in store for the weather in WeatherWatch.co.nz's video above.