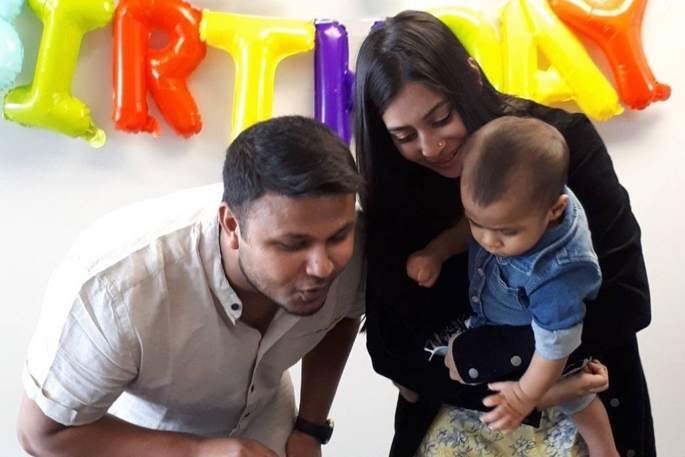 Staffers at the Ibis Hamilton Tainui facility organised balloons and a chocolate cake so Zayan and his family could celebrate his first birthday. Photo: Supplied.

After six months stuck in Bangladesh, one of the smallest Kiwi returnees celebrated his first birthday in isolation.

Zayan​ and his parents marked the occasion – and their final day of isolation at Ibis Hamilton Tainui – on Monday.

The family travelled to Bangladesh earlier in the year, to introduce Zayan to his grandparents, a statement from Unite against Covid-19 said.

“[They] ended up stuck there for six months due to Covid-19 restrictions and lockdown.”

It was timed for the end of an isolation period, so all those who were leaving were invited to celebrate, the statement says.

Zayan was heading back to family in Tauranga, and to keep celebrating, the statement says.

He got plenty of good wishes from those who saw photos of the celebration online, including some who said it shows why the people should have empathy for returning Kiwis.

Each group of returnees that leaves the isolation hotel is farewelled by the “whānau facility team”, led by Waikato-Tainui and involving the Waikato District Health Board, security, and the NZ Defence Force, the statement says.