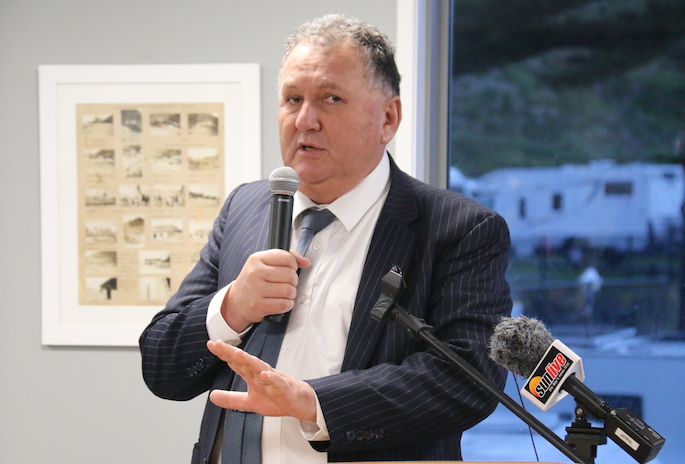 More than 13,000 people have gained employment as a result of the Provincial Growth Fund.

“There are thousands more jobs to come as some of the longer-term PGF investments are realised and further economic opportunity is catalysed because of our partnerships across New Zealand.

“Until now, the PDU collected data only about the number of workers who had been employed on a given project over the previous month."

Shane says the COVID-19 lockdown provided an opportunity to do a complete stocktake to better understand the cumulative number of workers – past, current and expected future workers – across all of the PGF investments to date.

“I’m enormously proud of what we’ve been able to achieve in the two and a half years since the fund was launched in early 2018.

“Not only has the PGF touched the lives of 13,217 people but it has also shown the public service and governments alike a new way of doing things – working alongside applicants, demonstrating increased flexibility and abandoning the traditional ‘one-size fits all’ approach.

“In addition to the remarkable figure I’m able to announce today, 11,090 people have enrolled in the PGF-funded skills and employment programmes."

The PGF has approved 796 projects and contracts are in place for 658 of them.

About $2.7 billion has been committed to date but the fund is on track to be fully committed this month.

“Now seems an appropriate time to celebrate what the PGF has achieved – in various sectors across multiple regions and government agencies."

“One of the core tenets of the PGF was to enhance Māori economic aspiration and as this term of Government nears its conclusion, we can be proud of the work we’ve done in this area.

“The New Zealand Institute of Economic Research evaluated the PGF’s $495 million investment into Māori economic development earlier this year and found significant outcomes. These included an increase of GDP by $250 million per annum, the creation of 1257 jobs, and an additional $87 million added to household incomes – benefitting two of our surge regions in particular, the Bay of Plenty and Tai Tokerau/Northland.

“Executing a $3 billion regional development fund – the largest of its kind per capita in the OECD – has been no easy feat and I want to thank all those who have worked tirelessly for the good of our regional communities.

“We’ve been able to help realise the aspirations of some of our long-forgotten provincial towns and the partnerships we’ve put in place will create legacies – I have no doubt about that.".