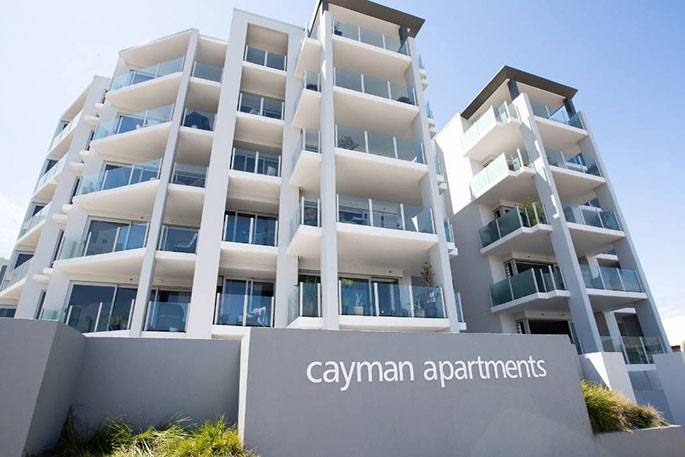 More than $1.5 million of ratepayers’ money has been spent in a leaky building lawsuit over luxury apartments at Mount Maunganui.

But the final settlement will not be released publicly due to third party influence.

Information released under the Local Government Official Information and Meetings Act reveals Tauranga City Council spent $666,000 on legal costs and another $868,000, plus GST, on expert advice for the Cayman Apartments claim alone.

Council says they can't reveal their costs in the lawsuit, requested as a LGOIMA, as the figure is commercially sensitive.

Council will not confirm which of the third parties is preventing it from disclosing the cost.

The lawsuit began after 47 out of 48 luxury apartment owners joined the $36 million lawsuits against 16 parties after a note was added to their property file by council saying the code compliance certificate “may have been issued in error”.

The body corporate undertook investigations which they allege revealed a wide range of building defects and showed negligence from the builder and council inspectors.

The building was constructed by CBC, headed by property developer Peter Cooney, in 2007

In 2019, Cooney said the building was built in accordance to the code at the time it was constructed.

Contacted about the settlement, he said there was not much he could say.

“Both parties moved a bit,” he said.

Since 2014, council has paid out more than $7 million settling leaky home cases and in expert fees.

Records show Tauranga City Council has paid out $7 million in settlements and costs since 2014 and $6.1 million paid out as Department of Building and Housing Financial Assistance Payments.

This scheme was introduced as a 25 per cent financial contribution from central government towards repair costs.

In addition to this, another 25 per cent could be claimed from participating councils.

A litany of incompetence.

How do we know that the incompetence on the part of Council in approving obviously substandard buildings, is not still going on? If there is limited or no transparency around these cases, it does not inspire confidence. These apartments obviously have to be fixed, but why is it down to Ratepayers? Are Council not insured? Maybe the insurers recognize the high risk of things going wrong with this council and won’t cover them? With the Mayor about to debunk how can we get answers and assurances as to current practice and changes that were made to stop this kind of thing?

It really is tough and expensive being a ratepayer of one of New Zealand’s most incompetently run councils.

We as ratepayers are the ones paying the 1.5 million and as such we are absolutely entitled to know the details of this case. It is very wrong that any party involved can hide behind “third party influence”, whatever that means. We look to the media to report fully on this very sad situation caused by persons other than the unfortunate owners of these apartments. The truth must out.