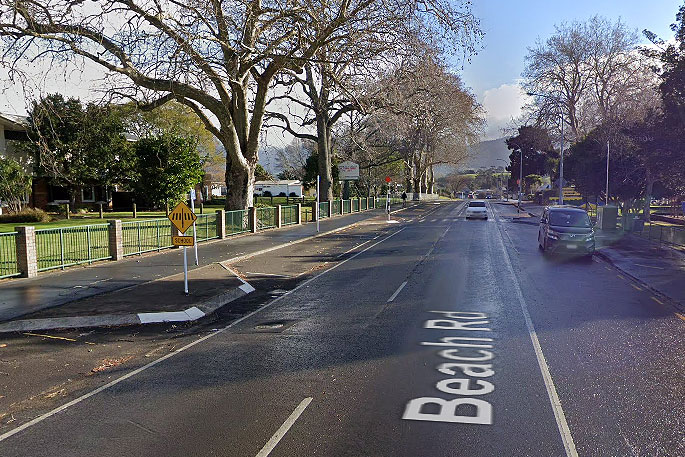 Variable limits, set at 40km/h, are proposed around the school zones in urban areas in Western Bay of Plenty. Photo: Google Maps.

Speed reductions around Western Bay schools are among proposed speed limit changes out for public feedback.

Western Bay of Plenty District Council is undertaking a partial review of its speed limits bylaw and is proposing a 40km/h variable speed limit around seven urban schools at peak opening and closing times.

Council’s Deputy CEO and Infrastructure Manager Gary Allis says all the proposals are directly in response to requests from the community from which Council’s Policy Committee requested a partial review of speed limits.

“We have had numerous requests for speed limit changes around schools since the last review in 2015.

“The proposed changes take into consideration the environment around each of the schools. Some are best suited for variable speed limits set at 40km/h and others are better suited for active warning signs to raise motorists awareness they are entering a rural school zone,” says Gary.

In addition to the proposals for schools, Council has a number of speed limit changes to 38 roads across the District – with the exception of any state highways which are not under Council’s jurisdiction.

Other proposed changes in the review include a default speed limit of 50km/h for all urban traffic areas. This means all new roads created as a result of subdivision would default to 50km/h rather than requiring a bylaw review process to set the speed limit.

The proposals are part of a partial (not a whole-of network) review of Council’s bylaw. Council will do a comprehensive review of speed limits following Government finalising pending changes to the legislation governing the way councils set speed limits.

The Draft Speed Limit Bylaw 2020 will be out for public consultation from Monday 3 August until Friday 4 September 2020.

To read the full Draft Speed Limits Bylaw 2020, view which roads are under review and provide feedback visit: https://haveyoursay.westernbay.govt.nz/speedlimits

This is Western Bay council speed review. When will Tauranga council do a review or is that secret?. Locals on Pyes Pa road ran a petition to reduce speed from 60 kph to 50 kph but not a thing happened . Crossing barriers wiped out several times, several crashes still nothing. The shops have created extra traffic and entry and exit is a problem with the speed of 60 kph and buses restricting visibility when at the he bus stop. Pedestrians crossing to the only foot ramp entry to shopping centre are caught in the middle of the road with no protection from cars going 60 kph plus. At night even worse downright frightening. Wake up Tauranga council ...

where the school is ALL speed limits outside schools should be 40Kmh during school start/finish times with those orange light-up speed signs. It’s 30kmh around Pilot Bay/Mount mainbeach and main road, we’re talking about schools with hundreds of hyped up kids. It’s a no-brainer.