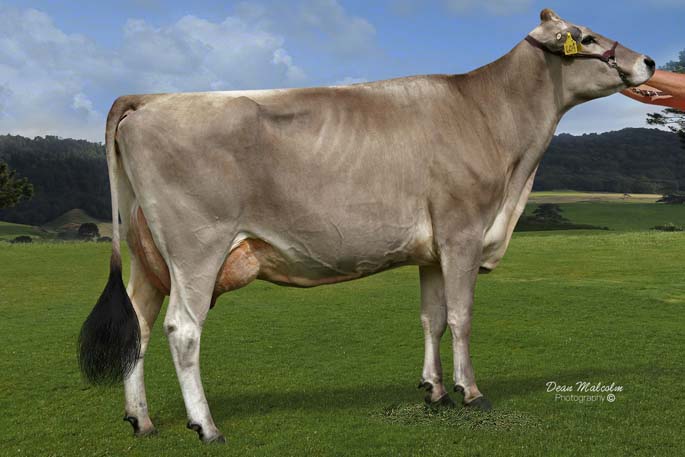 A Bay of Plenty dairy cow has followed in her grandmother’s footsteps and claimed a coveted milk production title.

‘Bree’ is one of the original cows Tony bought when he moved to NZ from Switzerland permanently in 2005. She won the Supreme Champion Brown Swiss title as a three-year-old at Rotorua A&P Show in 2016.

The R N R Payoff Brookings-ET-sired cow is part of a 550-cow herd, which switches to once-a-day milking each January.

“We don’t have in-shed feeding. We rely on grass, grass silage, 120 tonnes of palm kernel during spring, and summer crops to keep the cows milking,” says Tony.

“We go OAD because the farm is exposed to the southerly winds and the pumice soils dry out quickly in summer.”

Tony, who has been contract milking on the 200ha property for three seasons, grew up in the small village of Ganterschwil in Switzerland where his family milked a herd of 16 Brown Swiss cows.

“It was the old way of farming. We could only feed our cows grass or hay because their milk was used to make cheese and silage would taint the milk,” says Tony, who is president of Brown Swiss NZ, and owns about 20 Brown Swiss and Holstein Friesian cows.

“Brown Swiss cows have excellent udders and feet and suit high-input farms where cows are fully-fed all season.”

Thurvalley BK Bree VG86 won a total of five awards for her production as a five-year-old in the 2018-2019 season.  They were presented to Tony at Brown Swiss NZ’s AGM in late-June.

They included accolades for producing the highest total milksolids, milkfat, litres of milk and for having the best lactation worth. 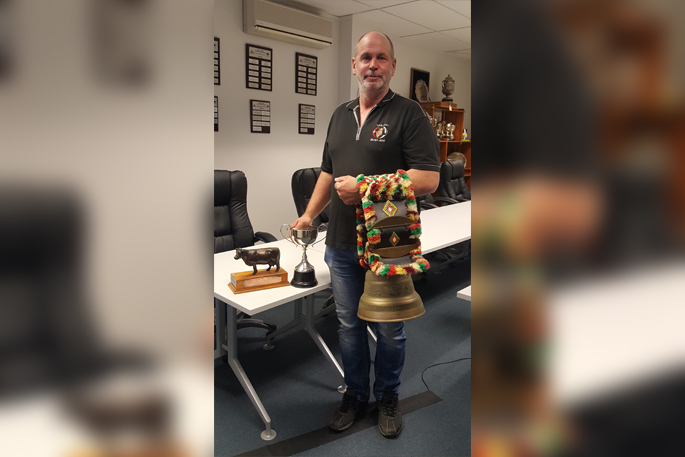 Tony Buehler with his trophy haul.