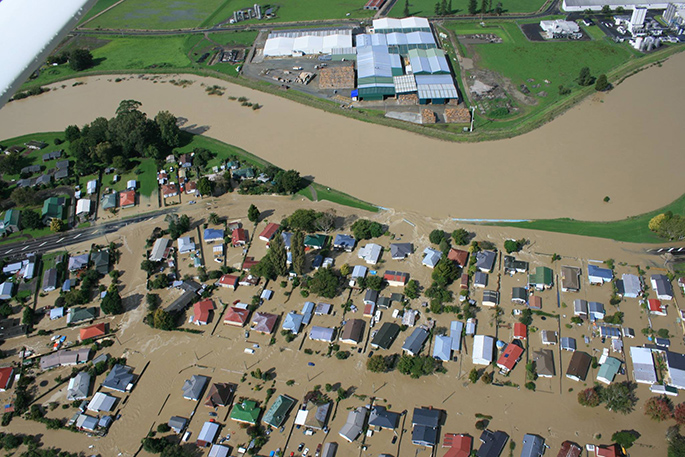 Major engineering work to complete the final stages of the Rangitāiki Floodway and to improve the resilience of flood walls on the Rangitāiki River, has received a significant funding boost from the government through the Provincial Growth Fund.

Bay of Plenty Regional Council is welcoming the announcement that it will receive up to $23 million for a suite of flood protection infrastructure projects across the region’s river scheme networks.

The funding was announced by Deputy Prime Minister Winston Peters and Under-Secretary for Regional Economic Development Fletcher Tabuteau in Rotorua on Friday.

It comes from the $210 million set aside for ‘shovel-ready’ climate resilience and flood protection projects being delivered through a $3 billion tagged contingency in Budget 2020.

Regional Council chair Doug Leeder says the announcement is great news for the Bay of Plenty and particularly good news for residents who have been directly impacted by flooding in recent years and who have lost job security through COVID-19 economic downturn.

“This support from the Provincial Growth Fund will accelerate six major projects that will secure over 130 full-time equivalent positions with local contractors engaged mostly with earthworks and associated culvert, piping, construction, and site and pasture restoration. In addition this stimulus will provide downstream economic and social benefits.

“The projects are located across the rohe and will complete or upgrade infrastructure that addresses specific flood risks in the Western Bay, Rotorua, Whakatāne and Ōpōtiki districts.

The independent review was chaired by Sir Michael Cullen following the April 6, 2017, breach of the Rangitāiki River stopbank at College Road in Edgecumbe which resulted in widespread flooding of properties and the evacuation of the entire township.

“COVID-19 Recovery has provided an unprecedented opportunity to work in partnership with central government to accelerate projects that have far-reaching benefits for our region.

"Projects that simultaneously create jobs and allow us to deliver our core outcomes, in this case, supporting safe and resilient communities."