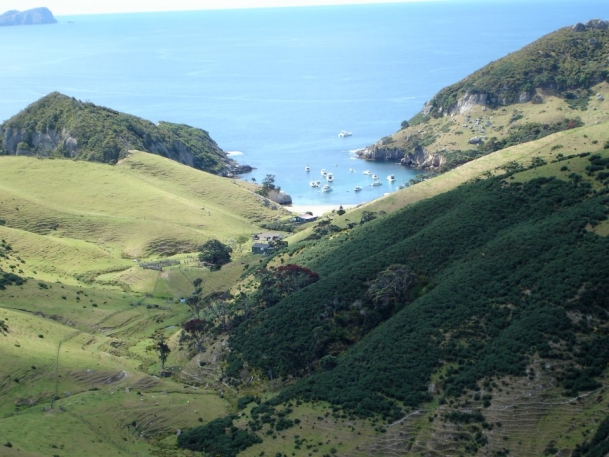 delighted to announce that with rats now gone, Rakitu is officially predator free. This is a major milestone because Rakitu is the last DOC administered island in the Hauraki Gulf Marine Park to be made pest-free,” says Sage.

“Rakitu represents another step towards a Predator Free Aotearoa New Zealand. The recovery of breeding populations of threatened species on these taonga offshore islands, provides an invaluable lesson in how we might restore native plants and wildlife on mainland sites once introduced pests have been removed,” says Sage.

The Minister travelled to Aotea/Great Barrier Island to meet with members of local iwi, Ngati Rehua Ngatiwai ki Aotea and Department of Conservation – DOC - staff, to make the announcement.

The operation to remove rats from Rakitu Island, off the east coast of Aotea/Great Barrier Island, was a partnership between Ngati Rehua Ngatiwai ki Aotea and DOC and was carried out during the winter months of 2018. A check of the island with conservation dogs last week proved that rats had been eliminated.

Rakitu, a 330 hectare island, sits on a native seabird highway that spans a chain of pest-free islands from the Poor Knights Islands, north of Whangarei, to the Mercury Islands, south of Aotea/Great Barrier Island.

Now that Rakitu is rat free, there is an opportunity to begin developing a restoration programme for the island which had been farmed for more than a century.