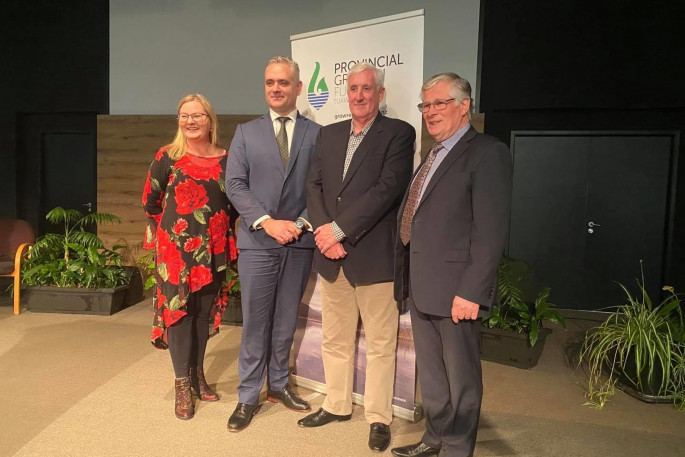 The Government has announced it will contribute $18 million for a Bay of Plenty business park, with funds coming from the Provincial Growth Fund – PGF.

The contribution is intended to unlock development plans for the Rangiuru Business Park, signalling huge industrial growth for the Bay of Plenty.

At an announcement event in Te Puke on Friday, Regional Economic Development Parliamentary Under-Secretary Fletcher Tabuteau confirmed the funding boost, which will contribute to the construction of a motorway interchange on the Tauranga Eastern Link - SH2.

This interchange allows the development of 148 hectares of industrial land known as the Rangiuru Business Park.

Rangiuru Business Park is expected to create 4,000 jobs and provide a vital link between the eastern and western Bay of Plenty. The construction phase of the project will create hundreds of jobs.

Quayside Properties Limited is the majority landowner in the Rangiuru Business Park. Chief Executive, Scott Hamilton, says the PGF investment marks a crucial step towards wider investment in infrastructure and development of the site.

“This journey began over 15 years ago when the potential of this area was identified. Today, Rangiuru offers 148 net hectares of industrial potential, and is expected to create many new and diverse job opportunities for communities around Te Puke, Paengaroa, Maketu and further east,” says Scott.

“It will provide businesses across the eastern and western Bay of Plenty unparalleled access to international markets through direct road and rail corridors to the Port of Tauranga.”

The Rangiuru Business Park project has been identified in the Smart Growth – Future Development Strategy as a key project to ensure the future urban form of the Bay of Plenty region is responsive to continued population and economic growth.