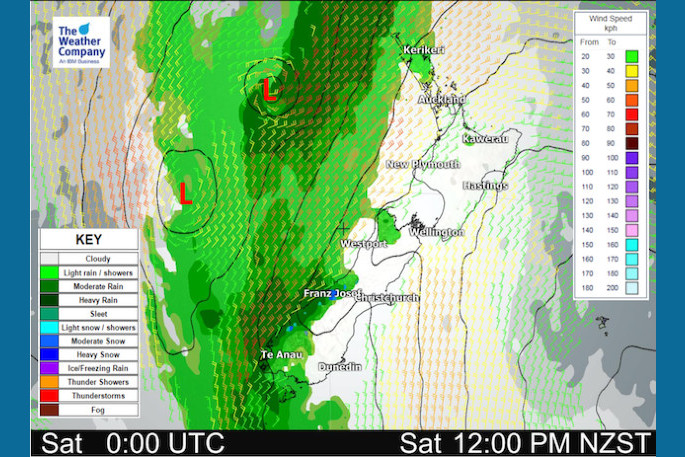 For the Bay of Plenty, Northland, Auckland and Waikato, the weather is expected to be cloudy with the odd spit or shower, especially in areas exposed to the east, says WeatherWatch analyst Aaron Wilkinson.

The WeatherWatch forecast for the rest of New Zealand is as follows:

Marlborough & Nelson
Plenty of high cloud for Marlborough. Nelson and the Marlborough Sounds sees cloudy skies, there may be the odd spit or drizzle patch. North to northwesterly winds.
Highs: 14-16

Canterbury
Plenty of high cloud, any morning mid level cloud breaks away. Sun may break through at times in the afternoon. Northeasterly winds.
Highs: 14-16