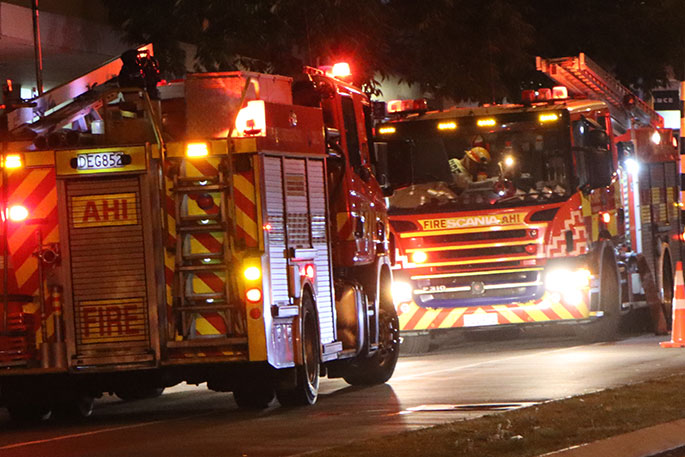 Fire crews were called to the fire in Whakamarama around 4.30am.

Two barns and a shelterbelt on fire sparked an early morning callout for Tauranga firefighters.

Fire crews were called to the scene of the fire on Esdaile Road, Whakamarama, around 4.30.

They say the shelterbelt and two barns were “well ablaze” when crews arrived.

Crews are still battling the fire, but have contained the blaze.

Police have also been called to the scene.