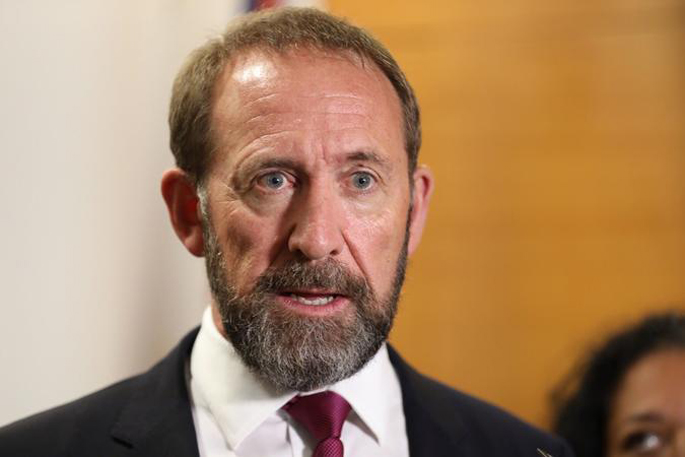 Attempts to force commercial landlords and tenants with rent disputes in the wake of Covid-19 into negotiation are being abandoned by Justice Minister Andrew Little.

The government had planned a temporary law change last month which would have compelled parties who could not come to an agreement to enter compulsory arbitration.

It set aside $40 million to assist access to this in a timely and cost-effective way.

At the time, commerical tenants said they were relieved about the arbitration policy as many worried a disagreement with their landlord would see them in court, or bankrupt.

However, New Zealand First has pulled support for the legislation, claiming what it had agreed to and what the legislation said were two different things.

Little says the government was now making the $40m available to assist with the cost of mediation and arbitration, but without a law change, it would be voluntary.

"I expect it's a reasonably small proportion of commercial tenants and landlords at this point who need help, but there is still a need.

"It is very late in the piece, I would have liked a solution in place much, much earlier than now but, look, this is the way things are at the moment and this is the best we can do."

Little says it was frustrating NZ First had walked back on its "handshake" agreement.

"That's matters for them to account for and I guess for voters to have a look at.

"I maintain good relations, I think, with all NZ First Ministers and MPs. It is unfortunate that situations like this happen, but it is a product of politics and I suspect the kind of febrile atmosphere that builds up around election time, and maybe this is the cause of that," Little says.

The scheme can be accessed by businesses with 20 or fewer full-time equivalent staff per lease site, that are New Zealand based, and have not already come to an agreement with their landlord.

The service will be up and running within eight weeks.

'It's sort of very Muldoon-esque' - Peters

"What you're saying is you're going to break the sanctity of commercial contracts, and we said you can't do that, we won't let you do that. Now they're throwing $40 million at it. It's sort of very Muldoon-esque.

"Andrew Little knew full well that when he produced the arrangement we were working on his Bill was so inappropriate, and I told him so. And I've got a commercial background, I'm not going to sit there and not use it in the circumstances where the landlords and tenants of this country need a fair go."

Peters says for Little to describe this as a "government move" when he did not have NZ First's backing was "again wrong".

"I know this is in the end days of this coalition, but people have got to keep their word."

National finance spokesperson Paul Goldsmith says the move was "too little too late" and would be of little comfort to struggling businesses.

"Most landlords and tenants have resolved these issues a long time ago, so the time for the government to help, particularly in this space, was a long time ago and they missed the boat. They spent their time arguing amongst themselves.

"Businesses up and down the country have suffered as a result of government dysfunction over five months."

Goldsmith says he could not understand how the government was offering this assistance when half of the coalition did not support it.

He says it left a real sense of "untidiness".

"At a time when New Zealanders are facing enormous pressure and jobs are being lost, we need a coherent and consistent government, instead we've got an undisciplined rabble."

For once Winnie was right

Labour totally devoid of commercial reality. They wanted to bring in legislation where Landlord and Tenant go into battle and the taxpayers pay the umpire. Where is the sense in that. Complete waste of time.