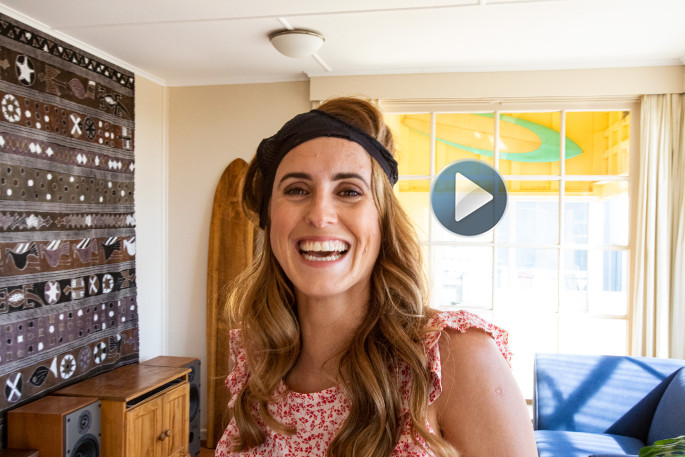 Screenwriter and actor Alyssa Stringfellow in 'Chloe and the ...' pilot, filmed in March 2020.

Produced by Barefoot Film, ‘Chloe and the …’ series features Tauranga actors, was written by Tauranga screenwriter Alyssa Stringfellow, and features a soundtrack from local band L.A.B. who are currently storming the NZ music scene.

With funding through the Creative Communities Scheme, the pilot, which is also being screened by SunLive, stars screenwriter Alyssa as Chloe, a woman who just can’t seem to sort out her life. She is joined by some well-known faces including Survivor Nicaragua runner up Tom Paterson, and Luci Hare from the television series Mean Mums and Auckward Love.

The trailer for the pilot was released on Wednesday July 22, a week ahead of tonight’s pilot.

“We’ve had a huge outpouring of love and support,” says Alyssa. “And we’ve had a few donations as well.” 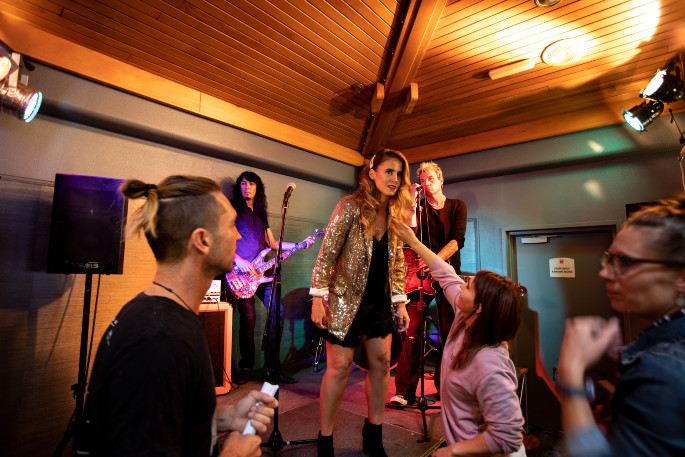 The public is encouraged to share tonight’s pilot, titled ‘Chloe and the Crash Test’ across social media, direct from the Chloe and the website.

“To get more funding we have to prove that we have a concept that people really want to see,” says Alyssa. “People wanting to see and share it is exactly how we establish that for our proposals going forward.”

“That was completely unexpected,” says Alyssa. “It was really exciting.”

Alyssa says that ‘Chloe and the…’ was based on some of the accidental fails she’s had in her own life. 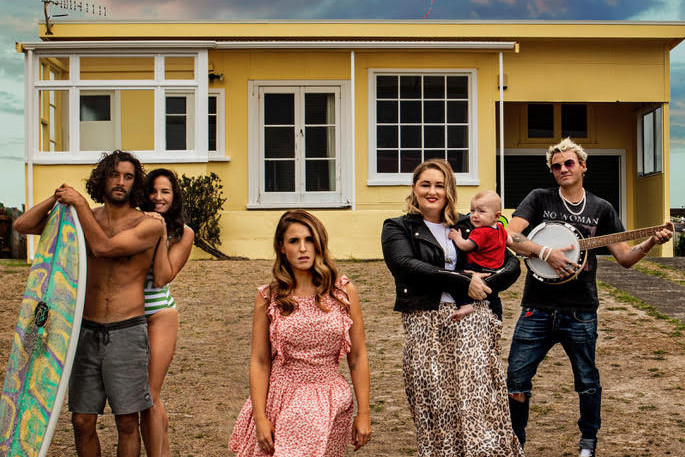 “The creation of the pilot demonstrates the wealth of skill and talent that resides in the film sector in the Bay of Plenty and what can be achieved with strong collaboration,” says Creative Bay of Plenty Funding & Project Advisor Annie Hill.

The episodes, all written by Alyssa, each has its own title, based on ‘Chloe and the …’ with the pilot aptly named ‘Chloe and the Crash Test’, with the descriptive line ‘accidental revenge never felt so confusing’ giving some indication about what is to come in the rest of the series.

“I’m really excited to see the culmination of all of our hard work come to life and to be seen by hopefully the masses,” says Alyssa. 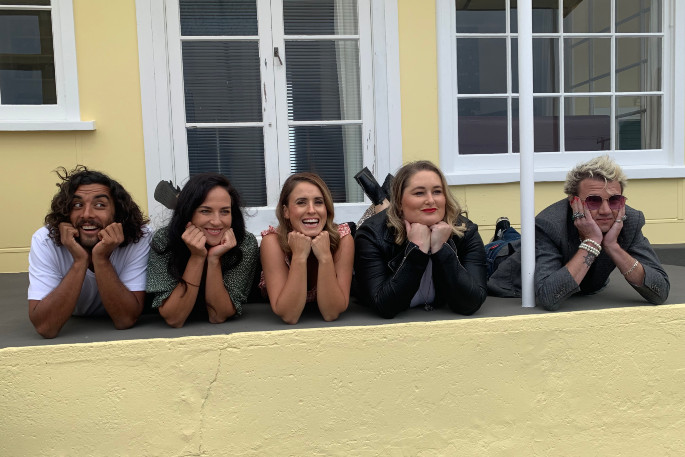 The pilot was filmed with help from Film Bay of Plenty, with the cast and crew of 47 people made up of local talent. The pilot was shot over three days with the support of Priority One, Tauranga City Council, Tauranga Airport and the Millenium Hotel in Rotorua.

Filming was completed in the week before NZ went into lockdown. The post production work continued on since then, culminating in the launch of the trailer last week, and the pilot itself tonight.

Now that the pilot has been filmed, funding will be sought to continue filming the remainder of the series.

“We would really love it to see it come to fruition and provide jobs and income for the film community in Tauranga and the wider Bay of Plenty region,” says Anton. 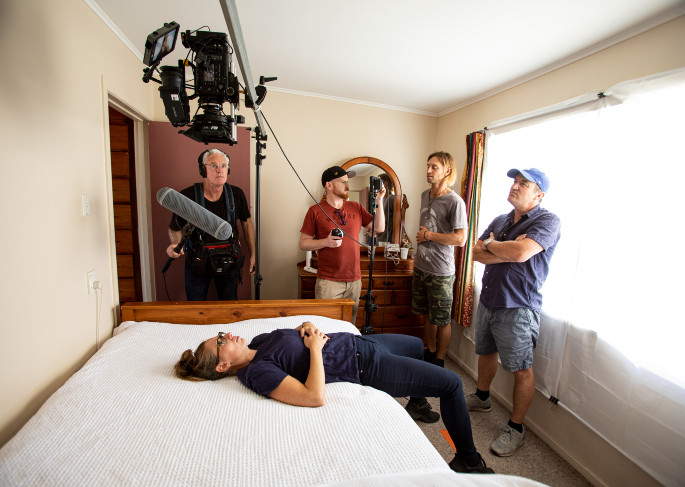 “The series also provides an opportunity to develop a training ground for fresh new talent and cement the region as a highly sought after destination for film production companies,” says Annie.

“The New Zealand film industry has a significant competitive advantage internationally during these times. With some countries experiencing many months in lockdown, content is at a premium and the skills of the screen sector are in high demand.

“We are one of the first countries in the world to come out of lockdown and into physical filming, which is driving international investment, creating high value jobs and positioning us as a creative and innovative country on the world stage,” says Annie. 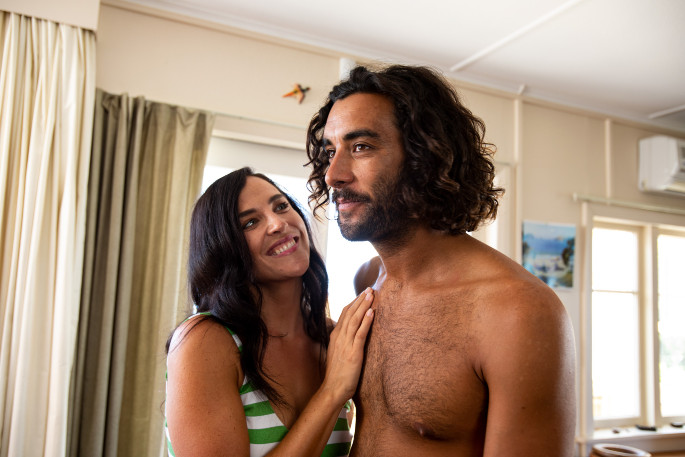 The film community has been growing rapidly in Tauranga over the last two to three years with directors, producers, stunt people, actors and filmmakers relocating to the Bay.

Alyssa has acted in Shortland Street, Home and Away and Rescue Special Ops before writing and starring in ‘Chloe And The Crash Test’. Originally from Australia, she is now based in Mount Maunganui with her partner and focusing largely on her career.

The production team are asking for funding to make the whole eight-episode series, and welcome any donations via the website www.chloeandthe.com .

“Thank you in advance for your support,” says Alyssa. 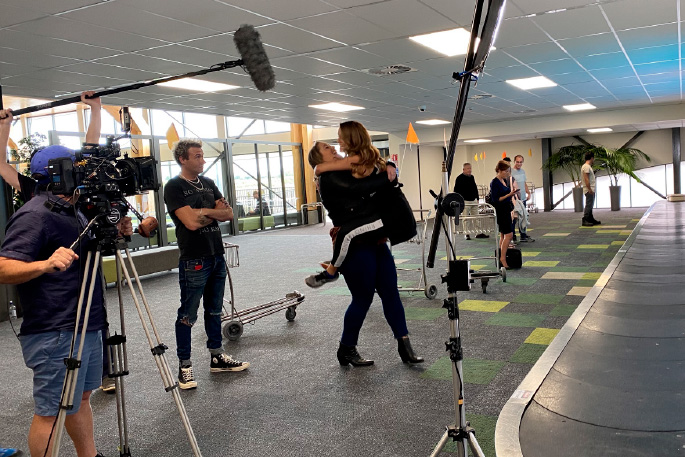