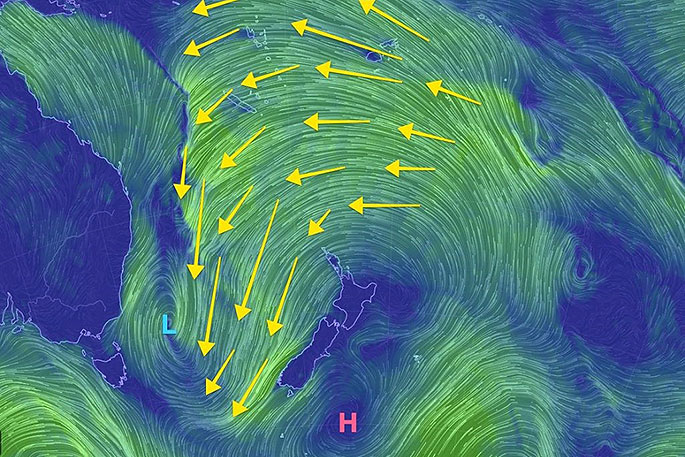 Sub-tropical winds will be hitting the country this week. Images: WeatherWatch.co.nz

This is supposed to be the coldest time of the year but it doesn't feel it thanks to northerly and sub-tropical winds, which are developing, says WeatherWatch.co.nz

The northerly quarter flow will be with New Zealand until the start of next week.

"A large high pressure system east of NZ is encouraging the sub-tropical flow down across the country. It's one of a number of anticyclones this winter which have behaved this way," says the weather organisation. 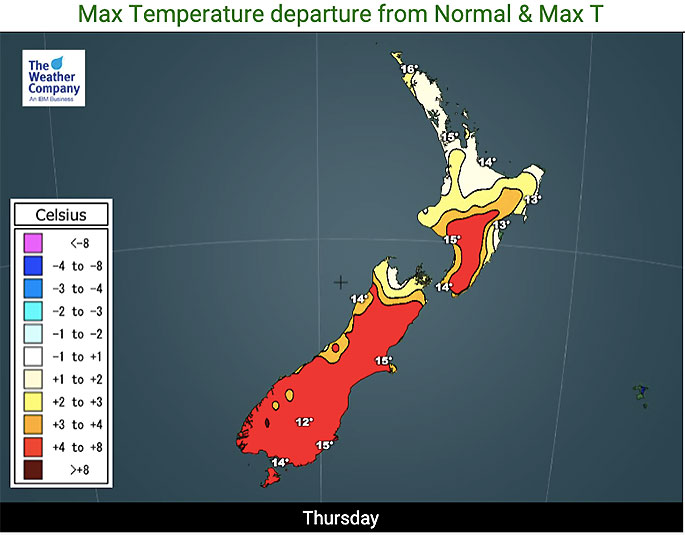 "Traditionally, this is the coldest part of the year (late July and early August).

"The North Island has one last night being below average tonight, thanks to the calming nature of the centre of the high which is just holding on to parts of the North Island. 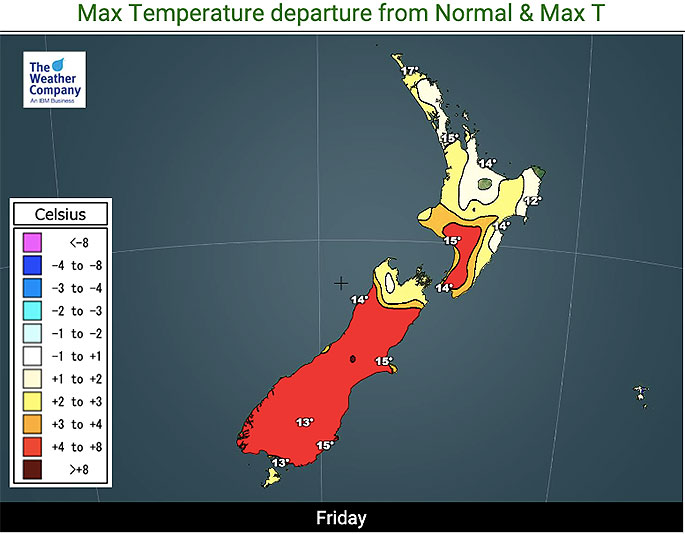