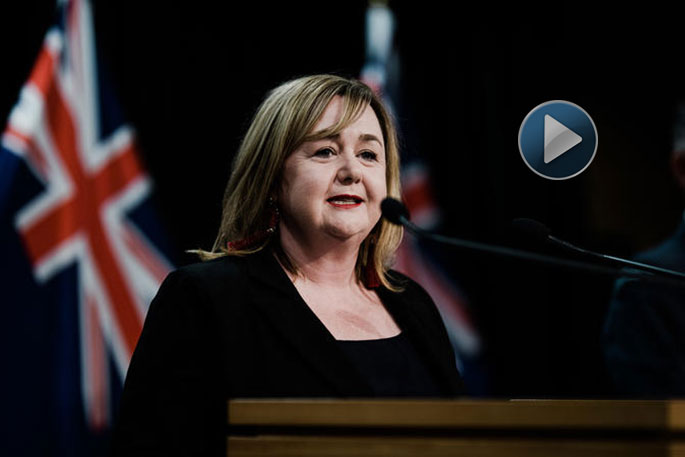 Legislation to allow the Government to recover some of the costs for managed isolation and quarantine will be introduced to Parliament today, says Minister of Housing Megan Woods.

“The Bill will allow the government to charge for managed isolation and quarantine facilities. We have carefully considered how to design a system that is fair on arrivals and not a barrier for returning to New Zealand, especially for those who might already be experiencing financial stress.

“We want to share the costs in a way that fairly reflects the benefits to both the New Zealand public of having such a robust system, and those who leave and enter the country.

“As Minister I am proposing to only charge New Zealanders who enter temporarily, or who leave New Zealand after the regulations come into force.

"I intend to seek Cabinet agreement to a charging structure of $3100 per person in a room, $950 for each additional adult and $475 for each additional child sharing the room. There will also be mechanisms to allow charges to be waived in full or in part."

It will also ensure that recovered charges do not exceed the actual costs of managed isolation and quarantine.

“The legislation will be passed next week before the House rises for the parliamentary term, and will enable regulations to be developed.

"Further details of the charging scheme and when it will come into force, will be announced soon. Charges will not apply to anyone entering New Zealand and going into MIQ before regulations are in force.

“All our confirmed COVID-19 cases in June and July have been linked to international travel. Our managed isolation and quarantine system is working. It is keeping COVID-19 at the border and stopping community transmission.

“We are carefully balancing the rights of New Zealand citizens and residents to return home and the charges structure will be designed to maintain this right.

"This solution balances the rights of New Zealanders to return home, while ensuring those who choose to holiday here, or holiday overseas before returning home, are contributing to the considerable cost of managed isolation."

It is forecast that more people will be travelling and arriving at the border. The Government has set aside a total of $479 million dollars to pay for the costs of Managed Isolation facilities until the end of the year.

Who would be affected?

Once the regulations come into force, it is proposed New Zealanders, and residents and temporary visa holders will have to pay charges as below:

They were incompetent at managing isolation so they turned into a cost issue to get Kiwis behind them, and against returnees. And everybody went baaa. They’re wanting to charge because “there’s a cost to it”. Well, everything costs. Schools, Police, Health, Super, Prisons. Very few people pay in enough to cover what it all costs. Frauline Woods mentioned “holidays”. Nobody is going on holidays, that’s a red herring, again just brought up to blow more smoke over it. These are fellow citizens who have no real choice but to enter. So they are in-prisoned even though they have committed no crime. And they have to pay for that? Do prisoners who commit crimes have to pay for their lodgings? I can’t see how this will not be challenged. And rightly so. People have lost their senses. This is Lord of the Flies stuff. Baaaa baaa

What it is is a load of dimwits who think they have entitlement, even though they take out far more than they put in the system, jumping up and down saying others are not entitled. It’s not based on health, economics, maths, citizenship. It’s based on resent. And largely from people who have absolutely no right to say who should be entitled to anything because their lives are subsidised by others.

...is incurring a debt for the cost of quarantine. The question is how we implement repayment of this debt, or whether we just waive it (as is currently the case). I like The Professor’s tax code idea, but we also need to recognize that in some cases it should be waived. The Minister has said the new COVID-19 Public Health Response Amendment Bill allows individual cases to be assessed and people can apply for exemption, but until we see it in action, for me at least, the jury is still out... I see this as a health issue, not a political one.

This is a complete joke. Everyone should be charged. Returning Kiwi’s who choose to come back could stay where they are. Kiwi’s who are coming back due to job losses should be allowed back but if they can’t afford to pay then the charge should be deferred. The Government could have easily introduced a new tax code similar to the one for student loans and then deduct the cost from future earnings. And also remember that returning Kiwi’s who have lost jobs are also going to claim benefits from the country they chose to abandon for greener pastures. Jacinda has just lost my vote after converting me from Nat.....so close but I am not going to vote for a party that won’t be fair on tax payers.