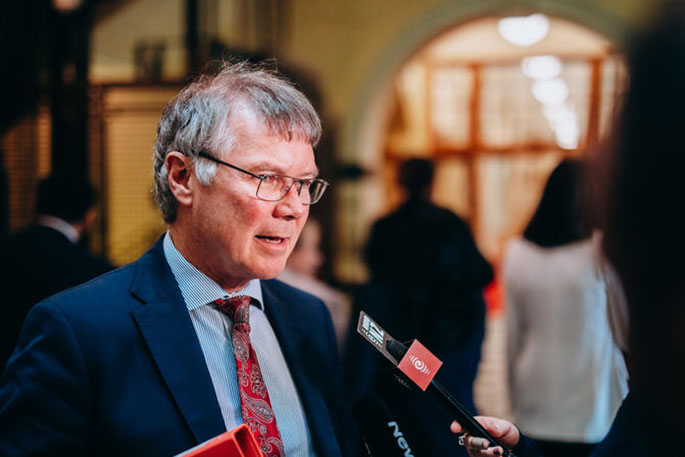 Rather than trying to amend the Resource Management Act, an independent review panel says it's best to repeal it and start again.

The government has today received a comprehensive review of the RMA, after Environment Minister David Parker commissioned the panel, led by retired Court of Appeal Judge Tony Randerson QC.

Under the review, the current Act would be replaced with two new pieces of legislation - a Natural and Built Environments Act and a Strategic Planning Act.

The report's authors say the new legislation would take a completely different approach, while also incorporating some of the key principles of the previous legislation.

"The RMA has doubled in size from its original length. It has become too costly, takes too long, and has not adequately protected the environment,'' he says.

The RMA was introduced in 1991 and a number of factors have driven the review.

Freshwater, coastal and marine environments are in "serious decline'' and "biodiversity is under significant threat''.

Another driver is the "urgent need to reduce carbon emissions and adapt to climate change''.

The report also notes a need to ensure "Māori have an effective role in the system, consistent with the principles of the Treaty''. 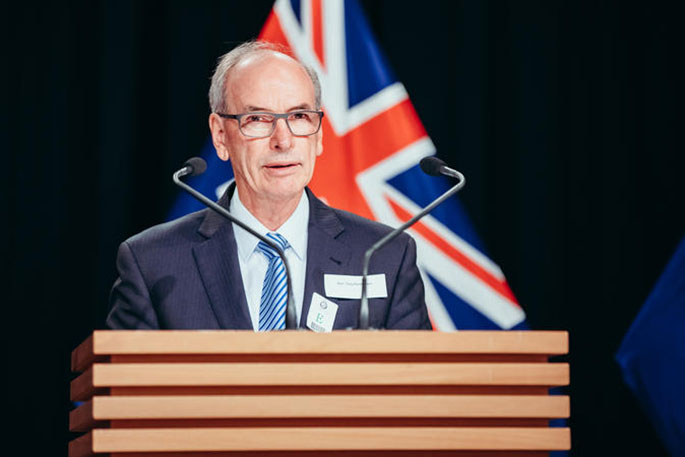 It also notes significant criticisms of the RMA have been its "increasing complexity, cost and delay caused by its processes, uncertainty, and lack of responsiveness to changing circumstances and demands''.

The report says the RMA has been subjected to numerous amendments over the last three decades "designed to improve its effectiveness''.

But instead it's resulted in a "doubling of its original length and an unduly complex patchwork of provisions''.

Under the new legislation a joint committee comprising representatives of central and local government as well as mana whenua, would prepare and approve spatial strategies.

It also plans to manage urban growth by identifying suitable areas, including areas suitable for developments, and would facilitate the necessary infrastructure to support any growth.

"Effective ways to achieve this integration have been a missing element of the resource management system to date,'' the panel says.

The report is also proposing another piece of legislation, called the Managed Retreat and Climate Change Adaptation Act.

"This would establish an adaptation fund to enable central and local government to support necessary steps to address the effects of climate change and would also deal with the many complex legal and technical issues involved in the process of managed retreat'."

To improve engagement with Māori, the report recommends the Minister for Environment be "required to give national direction on how the principles of Te Tiriti will be given effect through functions and powers exercised'' under the new legislation.

A National Māori Advisory Board would also be created under the proposal to "advise central and local government on resource management from the perspective of mana whenua''.

To address efficiency and effectiveness issues, the report proposals include:

"We will replace it with two new pieces of law: an Environment Standards Act, setting our environmental bottom lines; and an Urban Planning and Development Act, giving clarity and consistency. We will begin this work in our first 100 days.

"We will introduce new legislation by the end of next year," she said earlier this month.

In the meantime, she wanted to extend the use of the current RMA fast-track Act, which has been implemented to get work and jobs underway post-COVID.

Infrastructure Minister and NZ First MP Shane Jones wanted the new fast-track act to be a permanent fixture as the RMA had become "calcified".

"It keeps battalions of lawyers and planners and various other busy bodies hired by local government engaged in activity that's inversely related to economic growth.

"We'll all learn how we can reform the RMA by actually taking this initial step, and then it will be evident to us how much of the current filigree that passes for statutory process is actually needed at all,'' Jones said last month.

However, party leader, Winston Peters also wanted changes to the RMA but did not agree with Jones, saying at this point fast-tracking should not be permanent.

Labour support a revamping of the law that is "fit for purpose in the 21st Century'', Parker said at the time the review was announced last year.

"While not the sole cause of the housing crisis, planning rules are partly to blame. Environmental outcomes have been disappointing.

"Freshwater quality has been going backwards."

The Green Party's environment spokesperson Eugenie Sage said in response to the review announcement that instead of just tinkering around the edges and adding to the RMA's length and complexity, this review could be transformational.

"The Greens want to ensure our environmental and planning law protects nature, ensures a healthy environment, enables people to participate in decision making and achieves increased community and social wellbeing

"Changes are needed to improve the law and our resource management system and the review is an opportunity to do this."

"The 900-page RMA is the single biggest obstacle to housing affordability in New Zealand.

"We welcome a government that is prepared to reform the RMA. Even when ACT and National together had a majority in Parliament, National refused to make significant changes. When National, ACT, and United Future had a majority, National instead chose to make the RMA worse by jumping into bed with the Māori Party.

"I never thought Labour would be more promising than National on RMA reform, but right now that's where we are."

While the review is complete, it is too close to the election to pass legislation or make any changes.

All political parties will campaign on their preferred amendments and it will be for another government to choose to implement the proposed changes, if any.