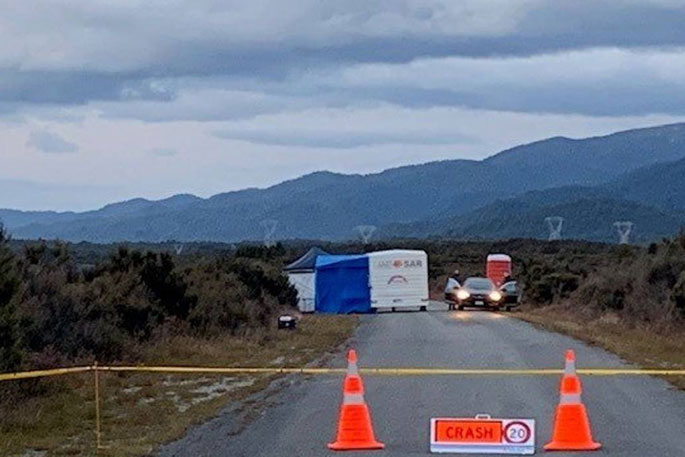 One of the men involved in the death of Ricky Wang, whose remains were found near the Desert Rd in the central North Island, has been jailed.

Yanlong Piao, 37, pleaded guilty to being an accessory after the fact of Wang’s murder sometime in August 2017. He enabled police to find the human remains in March.

On Tuesday at the High Court at Auckland, Piao was sentenced to 14 months imprisonment by Justice Pheroze Jagose.

Piao is already serving a jail sentence for previous drug offending, is set to be released in July 2023, and his recent sentence is to be served cumulatively.

Wang’s ex-wife told the court through a victim impact statement read by Crown Prosecutor David Johnstone, her and her children are still suffering after his death.

Police officers found Wang’s remains after a search at Rangipo Intake Rd, off the Desert Road in the central North Island in March.

Wang's whereabouts had been unknown since 2017 until Piao provided the police material to locate Wang’s body.

The court heard how Piao was summoned to an address by an offender with a pistol, where Wang’s body was.

“When he arrived at that address, he walked into a scene which was to Mr Piao, cognitively overwhelming in relation to his friend,” defence lawyer Scott McColgan said.

On August 22, Piao and associates drove to an isolated road off Desert Rd and disposed of Wang’s body and suppressed evidence of the associates' involvement of the death, Justice Jagose said.

Piao drove the van from Auckland with Wang’s body in the back.

Once they arrived at the location, a shallow grave was dug in wasteland before Wang’s body was placed in the grave and concrete poured over it.

In Wang’s ex-wife’s statement, she said his life was full of kindness and love.

“He was a good husband and gave our family a lot of love and care ... he used to be our guardian, when the children ask about their father I find it hard to explain," she said.

The pair's son left a voice message to Wang in 2018 saying he’d never forgotten about his father.

She said Wang’s murder had been a huge blow, and she has lost hope for the future.

“I cannot imagine such a brutal person would kill him and the brutal death he will endure.”

“Now we have lost a deeply loved person in our lives, and we are all suffering from the immense pain.”

Scott McColgan said his client did what he was told because he feared for himself and his family.

“He was not a willing partner.”

Piao “fell on his sword” in an attempt to try and put it right as Wang’s friend, McColgan said.

“Without his approach to law enforcement, we would probably not be here,” McColgan said.

However, the judge gave discounts for Piao’s cooperation with the police.

The two men charged with the murder have pleaded not guilty and are set to go to trial in July 2021.

A 29-year-old man also charged with being an accessory to murder will stand trial in March 2021 and a 23-year-old man facing the same charge will appear in court later this month.