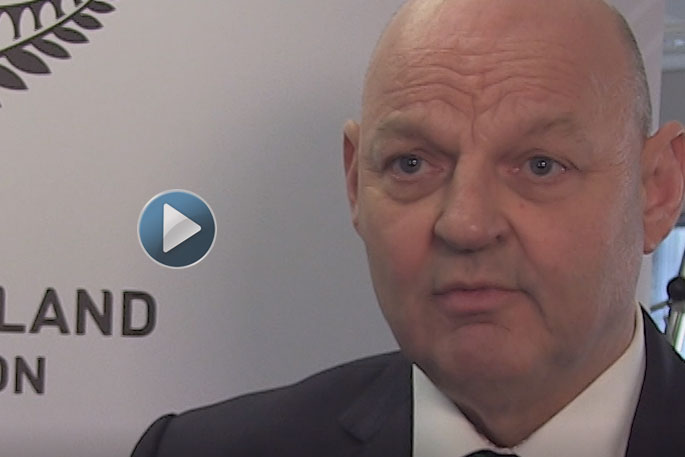 Joseph Matamata, of Hastings, was sentenced to 11 years in jail at the High Court in Napier on Monday.

Matamata was convicted on 10 human trafficking and 13 slavery charges in March this year.

This result is the culmination of more than three years of work by Immigration New Zealand and New Zealand Police.

A joint investigation began back in 2017, when the first allegations of Matamata’s offending were brought to INZ’s attention.

His offending relates to 13 Samoan nationals that he arranged to bring to New Zealand between 1994 and 2017, says a statement from Immigration New Zealand.

“His breaches of trust, physical abuse, and flagrant disregard for the well-being of people he was purporting to help were unconscionable and must be condemned."

Detective Inspector Mike Foster, Eastern District Police says the case was one of the most complex joint investigations undertaken by Police and INZ, and the result is testament to the shared determination to see justice done for Matamata’s victims.

“Police, along with INZ, are committed to investigating human trafficking and slavery, supporting victims and making sure those responsible face justice, and are prevented from doing further harm."

Both INZ and NZ Police want to thank Samoan authorities for their help and co-operation.

Both agencies also wish to commend Matamata’s victims for the part they played in bringing him to justice and holding him to account.

“Their bravery and support were vital to securing these convictions. We know it was difficult for them over what was a protracted investigation and a lengthy trial.

Their decision to take a stand and share details about what they went through was the key to securing these convictions, says Stephen.

Mike says they’re keen to target this sort of offending and encourages anyone aware of such activities to get in touch with authorities.

“Police and INZ will continue to investigate and respond to any allegations of this abhorrent crime."

Anyone with concerns for their safety or the safety of others should call Police on 111.

We don’t need any kind of slavery here and it needs to be jumped on, as they have done in this case. Hapukafin has a point. Although poor working conditions and wages can be close to slavery, the key is retention of passport, which is a curtailment of personal freedom. Any employer who does this should be charged. Good to know that authorities are keeping an eye on it.

Disturbing that this slavery was allowed to happen for 20 years in this country.

What about the kiwifruit pickers,restaurant workers liquor stores, etc, that have that were underpaid and lived in sustandard conditions,passport kept.Isnt this a standard of slavery?