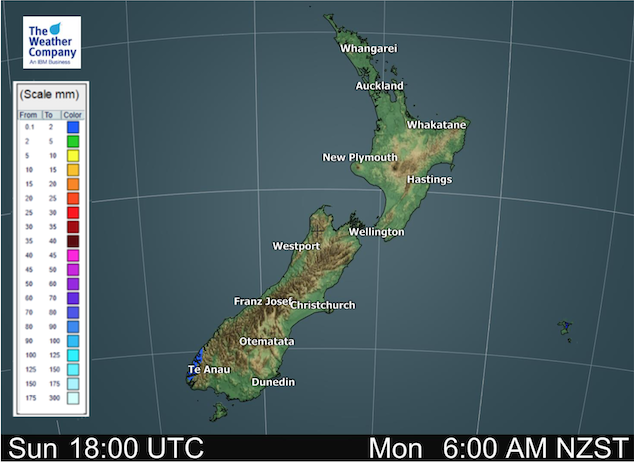 There is mainly settled weather across NZ on Monday. Image: WeatherWatch.

Northland, Auckland, Waikato and Bay Of Plenty will experience mostly cloudy skies with sun breaks through at times in the afternoon.

“There is a chance of a light shower at times mainly about Coromandel, Great Barrier Island and perhaps northern Auckland,” says a WeatherWatch spokesperson.

“Expect mostly sunny conditions for the rest of the North Island with frosty conditions to start inland, a chance of fog morning and night for some inland parts also, winds are light tending to the northeast in the afternoon.

“Sunny and frosty for the South Island, perhaps some morning fog about some inland spots then clearing. Light winds tend to the northeast.” 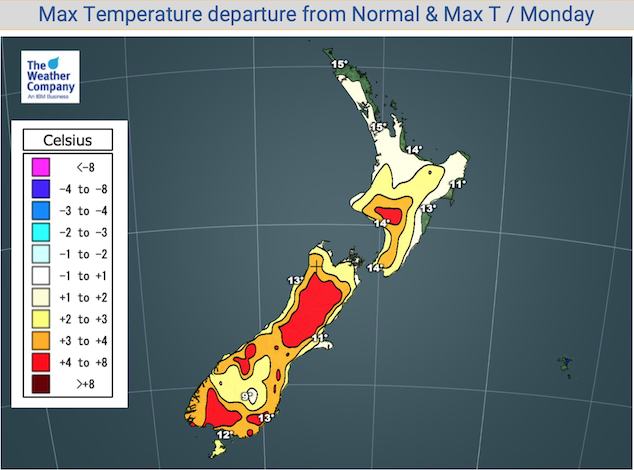