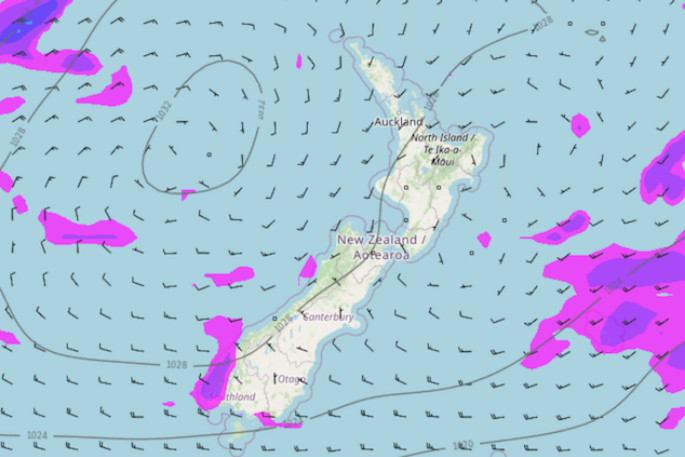 WeatherWatch says to expect cloudy areas for the western North Island today, with a chance of a light shower or two this morning but then drying out this afternoon.

“Cloud breaks away this evening. Sunny skies for the east coast and Wellington with light winds,” says a WeatherWatch spokesperson.

“Mostly cloudy for the west coast of the South Island, the odd shower at times with light west to southwesterly winds.

“Mostly cloudy about Southland, a few showers near the coast, westerly breezes. Mainly sunny weather for Otago through to Nelson in the east, some high cloud at times, light winds.”

Today was a frosty start for inland parts of the North Island and inner and eastern parts of the South Island.

“A warmer than average afternoon for much of the country, especially the eastern South Island,” says a WeatherWatch spokesperson.

“The top temperatures today go to Bay Of Plenty, Auckland and Northland getting up to 15 to 16 degrees.”